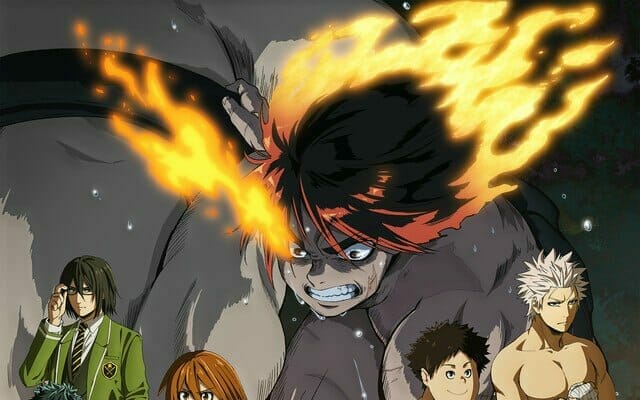 Soon, the ring will be ablaze with hot sumo action!

The image features the main characters standing proud, as a fire rages before them. A scene of Hinomaru Ushio squaring off against an opponent can be seen in the background.

A visual featuring the characters was also revealed, which you can check out below.

Kawada’s Hinomaru Zumō manga launched in the pages of Shueisha’s Weekly Shonen Jump magazine in May 2014. The ongoing series currently spans 20 volumes, with the most recent hitting retailers on May 2. Volume 21 will ship to stores on August 30.