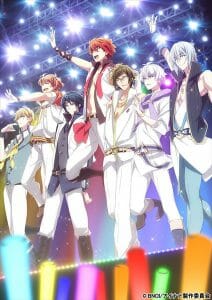 Get ready to hit the stage once again because the boys of Idolish7 are returning!

While details are scarce at the moment, it was confirmed at the “Road to Infinity” live event today that Idolish7 will be getting a second season from studio Troyca.

The male idol series ran for an oddly numbered seventeen episodes starting January 2018. Crunchyroll streamed the series as it aired and describe the series as:

No word on when the series will air the second season or if the cast and crew will remain the same but keep checking back and we’ll provide you with updates as they appear!