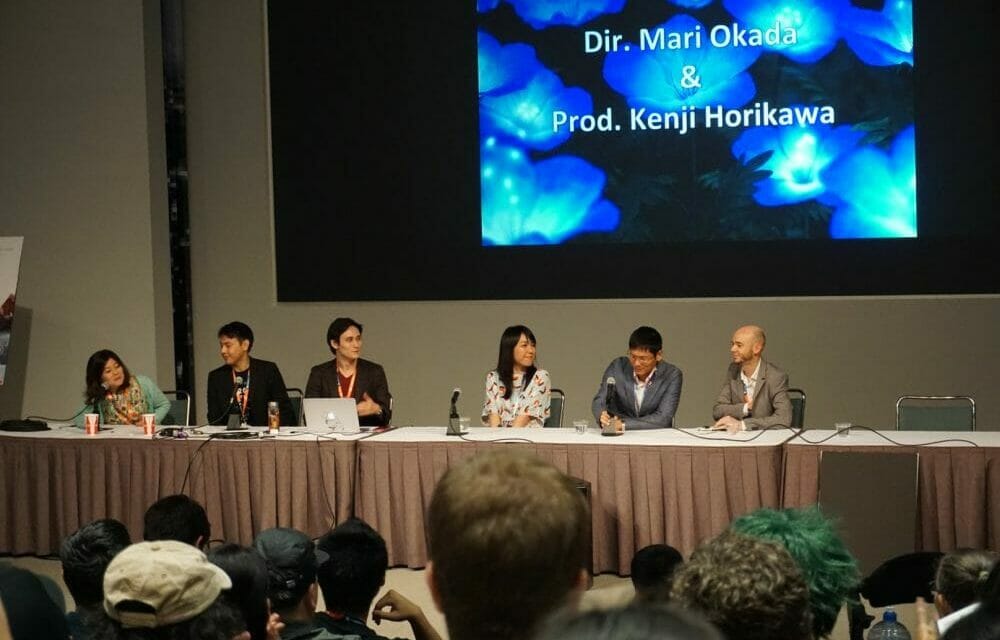 As the clock ticked to 4:30, dozens of fans began to file into room 411, aptly called “the theater.” The room, with its cushy seats, stadium layout, and screen affixed to the back, certainly looked the part. At the front, three members of the Eleven Arts crew sat, waiting for the seats to fill. Before long, the room was packed with fans, who could barely contain their excitement at seeing what Eleven Arts had to offer.

The panel opened much like any other. Hosts Marvin, Atsuko, and Chris introduced themselves, before throwing things over to a short sizzle reel. Afterwards, the hosts unveiled their first big project of the evening. Laughing Under the Clouds Gaiden would get a theatrical run. Moreover, the first two films would be shown as a double-header, which hits theaters on August 24.

A cheer popped through the room at the news, which swelled to a small roar as the trailer for Maquia: When The Promised Flower Blooms began to play. The film, which was screenwriter Mari Okada’s directorial début, would be opening at the event later in the weekend.

As the promo faded out, the hosts announced that a pair of special guests would be dropping in. A murmur traveled through the audience, before the door at the rear of the room creaked open. The room erupted in applause and cheers as Mari Okada and Kenji Horikawa stepped in, taking seats at the table for a short Q&A session.

The two were asked questions, starting with a set by the Eleven Arts staff, then opening the floor to fan inquiries. In the interest of time (not to mention the fact that our digital recorder’s batteries died mid-recording. D’oh!), we’ve published highlights from the session.

The first question was straight-forward: “With the advent of digital streaming, why is it still important to watch this movie on the big screen?”

Horikawa fielded the main answer to this one. “In the movie theater, the color and visual is totally different,” he began, “so, I did check on a lot small screens while making this film. But, in the end, the experience that you get from video and music that comes from an entire theater experience is completely different, so that was a big thing that we had in mind while we were making this film.”

After a few more questions from the panelists, the floor was opened, and a fan stepped up to the mic. They asked about Okada about how she was able to control her emotions while writing, and whether she cried at her own work. “I do cry sometimes,” Okada began, “but maybe I get angry more often?” She joked that she sometimes gets so frustrated with the characters that she starts shouting, prompting an audible chuckle from the audience.

Up next was a fan, who was ready to burst, as he bounced from his seat, eager to be acknowledged by the panelist. “I’m a huge fan of Ms. Okada,” he began, before asking for a handshake, a hug, or an autograph. The room let out an audible “aww” as she happily obliged. Once he sat down, though, the panelists reminded the audience that this was a one-time thing – Okada-sensei had an autograph session planned later in the weekend.

Another fan took the microphone, asking which older anime Okada and Horikawa held close to their heart. Horikawa was the first to answer, stating that he greatly enjoyed work by legendary director Hayao Miyazaki.

Okada’s answer was a bit more whimsical. “Minky Momo,” she exclaimed with a smile. She explained that, when she was a young girl, Okada wanted to be a bride. She saved her allowance and bought the character’s magical wand. Holding the item, Okada shook it, and cried out the character’s signature chant, in hopes that her dream would come true. Sadly, that wasn’t to be.

The final inquiry was aimed at Okada. “Why were you a scriptwriter,” the questioner began, “and how did you become a scriptwriter and director?” Okada let out a small laugh, before answering “I’m not sure! But there was a lot of fear of meeting with people. But I interacted with a lot of people during the production of this film, so it took a lot out of me. But as the film was produced, I am glad that I was able to do so.”

Though many still had questions lingering, time was running short. Okada and Horikawa both offered a brief statement of thanks, before taking their leave to thunderous applause.

Once the cheers became quiet, Marvin, Atsuko, and Chris returned to business. The two unveiled their next two projects, starting with Haikara-san: Here Comes Miss Modern Part 2, which hits theaters this winter. Next, the crew showed off a trailer for Liz and the Blue Bird, which would make its North American début at the convention.

Though time was running short, the hosts announced that two more guests were on the way. The crowd erupted in another cheer, as they introduced Liz and the Blue Bird producer Shinji Nakamura and composer Kensuke Ushio.

The hosts opened a short Q&A session with the two creators. The host opened with an inquiry for Ushio, noting that he had previously worked with Liz and the Blue Bird director Naoko Yamada on A Silent Voice. They asked how he was able to grow together with Yamada on a second project, blending the directorial role with the producer’s role. “First of all, I am not good at English,” started Ushio in English with a laugh, “I cannot understand what I am talking about!” He laughed again, before speaking through an interpreter.

“So, with director Yamada, we were working together with A Silent Voice, so before I even joined on the team, she and I talked extensively about the concept together, and then she jumped into storyboarding after that. So we talked a lot about the concept together, first. Through that experience of working on A Silent Voice we realized that we could do so much more. We can go a lot deeper, and express more subtle ideas, and express things about time that we wanted to try out. So, that’s kind of what we attacked with this piece, and that’s what we worked on that that’s how we grew through making this film.”

Time was running short, sadly, and this was the one question that could be asked during the event. After a quick thanks to the audience and a bit of teasing for the upcoming Liz and the Blue Bird screening, Ushio and Nakamura offered a few words of thanks, before taking their leave. One after another, the members of the audience began to rise. An eager buzz of chatter could be heard all around as they made their way to the exit. This clearly wasn’t the typical industry panel for many. The announcements were scant, and the format was far from anything that the other players would put forth. Still, Eleven Arts had managed to create something special, that would be fondly remembered by all who were able to attend. 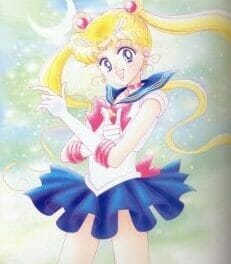 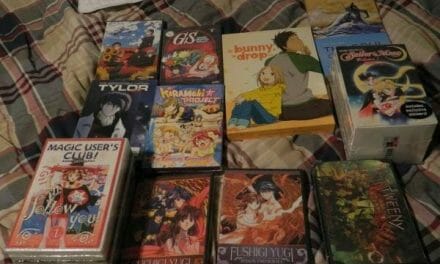 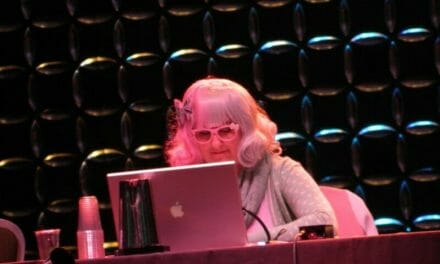