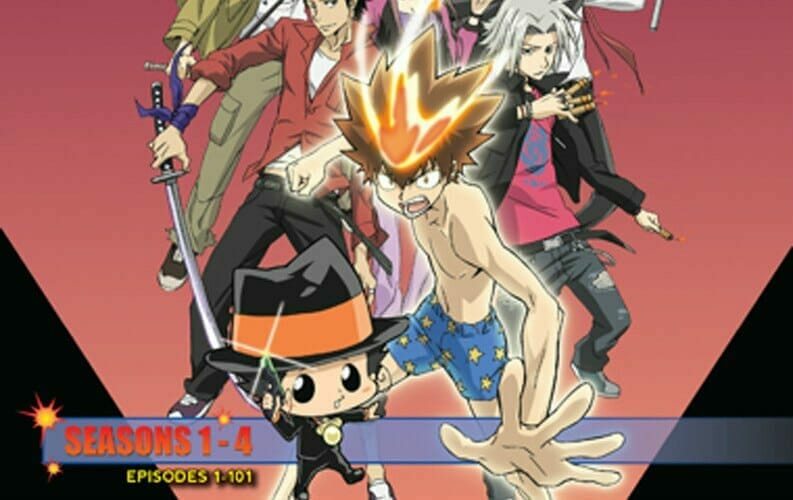 Talk about a changing of the times. The first DVD release from Bandai Entertainment has a new home.

Earlier today, Discotek Media took to social media to announce that they acquired four new titles. The publisher will release the following:

Monkey Magic will be released on DVD on September 25. The release will include the show’s entire 13-episode run, in dubbed and subtitled formats.

The title was Bandai Entertainment’s first DVD release, when the company still operated as Anime Village. Discotek describes the title as:

Based on the legendary tale Journey to the West, Monkey Magic focuses on Goku, a monkey torn between becoming a savior to his people and alone, arrogant warrior. Born from a mysterious meteor that crash-lands on Mount Flower Fruit, Goku has an indestructible head and a stubborn streak. He becomes the leader of his people and tries to protect them from the local humans who would steal their resources. Spurred on by his own ambition and the whisperings of Batty, an evil minion of the ruler of the Underworld, Goku sets off to learn magic and become the strongest being in the universe. He acquires various amazing skills and returns home to save his friends, but his violent revenge against the humans angers the deities in the Celestial Realm. They send a fleet against him and more, but after several spectacular battles, the gods try a new tack, inviting Goku and his friends for a visit to paradise. When what starts as a lark eventually sparks a more destructive war than ever before, can even the two most powerful deities in Buddhism put a stop to the mad monkey’s rampage? Will Goku ever beat peace with others as well as himself?

Reborn! will be released across two Standard Definition Blu-Ray sets. The first set, which includes the first 101 episodes of the show, will hit stores on September 25. The series will be available in subtitled format.

The series originally aired in the Fall 2006 broadcast season. Kenichi Imaizumi (Brynhildr in the Darkness, Komori-san Can’t Decline) directed the title at studio Artland, with Masayoshi Tanaka (anohana: The Flower We Saw That Day, DARLING in the FRANXX) providing character designs. Nobuaki Kishima (Hunter x Hunter OVA, Eyeshield 21) was in charge of series composition for the for the project.

The tenth boss of the Vongola mafia family has been decided, and it’s Japanese high school student Tsunayoshi Sawada! …Also known as “Loser Tsuna.” He’s not smart, he’s not athletic, and he’s the furthest thing from cool. But the boys back in Sicily aren’t about to let Tsuna stay that way. To make a man out of a boy, they send in the baby—the best hitman in the business, Reborn!

In this collection, the daily life of Tsuna and the people he meets, fights, and grows to trust (amidst zany antics) are contrasted by the deadly battles brought on by arrival seeking to take the Vongola boss position for himself. Then, Tsuna is cast into the future, to deal with a threat that promises to end the Vongola for good.

Stellvia will ship to retailers in a single Blu-Ray collection on September 25. The project will include the subtitled version, as well as the English dub.

In 2167, the Earth was catastrophically damaged by a nearby supernova that had exploded. The explosion sent an electromagnetic wave of radiation that swept over the Earth. Now 186 years later, another more destructive wave, known as “The Second Wave”, is on it’s way to Earth…

15 year-old computer genius Shima Katase has been dreaming of going up into space longer than she can remember. So when given the chance to enter space piloting school she jumps at the chance. However, piloting is a lot more complicated than programming a computer. But what if she were to combine the two…Genius or troublemaker,Shima is certainly going to be making a name for herself among the faculty as the Second Wave approaches…

Tetsujin 28 will hit retailers on September 25 in a Standard Edition Blu-Ray disc. The release will include the subtitled version, as well as the English dub.

A legendary masterpiece, which shines in the history of post war manga, is now brilliantly resurrected! The journey begins when Professor Kaneda creates the ultimate soldier robot, Tetsujin, as a substitute for hisson, Shotaro, whom he mistakenly believed died in a bomb raid on Tokyo during World War II. To prevent the army from using Tetsujin as a tool for destruction, the professor hides the robot on a remote island. Ten years after the war, Tetsujin is finally resurrected after 28 attempts made by the late Professor Kaneda’s protege, Professor Shikishima. Meanwhile, Shotaro has grown up to become a genius boy detective and now joins forces with his beloved Tetsujin to wage a courageous battle against evil!