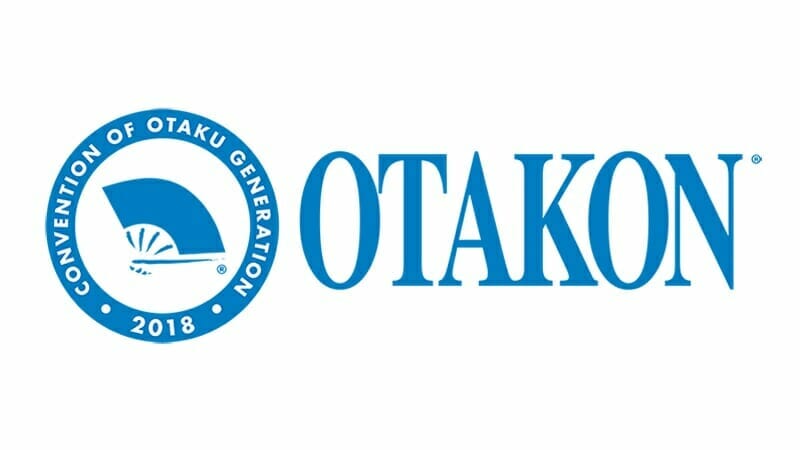 I’d like to take a moment to urge fans to stay safe on Otakon weekend.

Also, I want to reiterate, once more, that white supremacists are 100% not welcome in this news feed.

On July 25, CBS News affiliate WUSA 9 reported that the organizers of the deadly “Unite the Right” white supremacist rally in Charlottesville, Virginia are expected to host a rally in Washington DC. The event will be held in Lafayette Square on August 12, exactly one year after last year’s proceedings.

According to WUSA 9, white supremacist Jason Kessler, who is organizing the event, is urging attendees to “only bring an American or Confederate flag but says everyone must wear a body camera.” They add that Kessler intends to “have a parade down Pennsylvania Avenue.”

In a tweet, Kessler noted that he is “focusing exclusively” on the Washington D.C. rally.

With this in mind, we want to emphasize that the white supremacist rally and counter-protest will be held about a mile away (by foot or car) from the Walter E. Washington Convention Center. Otakon will be hosting this year’s convention on the same weekend as the planned rally.

DC Radio station WAMU reports that the rally will begin at 2:00PM on August 12, at the Vienna Metro. From here, people will commute to the rally via “buses and trains.” Attendees will march down Pennsylvania Avenue, to Lafayette Square, where the full procession will occur.

According to news network WJLA 7, the rally, while approved to be held, still had yet to be issued a permit as of July 24.

Kessler withdrew his request for a second event in Charlottesville, Virginia during a hearing in federal court on July 24.

We reached out to Otakon, who explained that they have not released an updated statement.

On August 8, Virginia Gov. Ralph Northam and the city of Charlottesville proactively declared a state of emergency ahead of the coming weekend. Law enforcement will be heavily present to deter any attempts at violence. The Associated Press also reports that “the declaration would streamline state and local operations this weekend while also allocating $2 million in state funds. The declaration authorizes the Virginia National Guard to assist in security efforts.”

On August 10, BBC reported that permits for Kessler’s rally, as well as two counter-protests were approved by the National Parks Service.

Counter-demonstrations are planned for the event, which are being organized by nearly two dozen organizations who joined together to form #ShutItDownDC. #ShutItDownDC is a collective hashtag on Twitter, which is being used to mobilize Washington DC residents against white supremacy.

Fox-5 DC spoke with Makia Green of Black Lives Matter DC, who commented “We are stronger than they are, that they are resistant to change and to progress that Black Lives Matter has been doing over the last four years with black liberation and fighting racism and fascism […] So it’s important that we let D.C. and rest of the world know that we are not going to stand for the hate.”

According to The Hill, Black Lives Matter New York intends to march to Washington starting August 3, ending the trek at the Martin Luther King, Jr. Memorial.

On August 1, WUSA 9 reported that the counter-protest will be held at Freedom Plaza, which is half a mile from Lafayette Square and about .9 miles by foot (.7 by car) from the Walter E. Washington Convention Center. The event is expected to bring individuals from numerous groups, including Black Lives Matter and anti-fascist groups, who are collectively known as “Antifa.” Counter-protestors will gather beginning on August 10, with leaders offering “marshaling and de-escalation tactics” so groups will be able to protect themselves.

Former anti-fascist organizer and spokesperson for anarchist media collective Agency Scott Crow commented, stating “The rise of white nationalism and racism has reared its ugly head in ways i haven’t seen in 30 years […] Anarchists are willing to take steps that other people aren’t.”

Historian Mark Bray, who wrote Antifa: The Antifascist Handbook and Translating Anarchy: The Anarchism of Occupy Wall Street, noted that anti-fascist groups often refuse to work with police, which typically arises from deeper concerns. He explains that “The purpose is, of course, to stop the far right, but it’s also to promote a kind of radical politics of the left, of direct action […] Part of the idea is that the police are often sympathetic to the far right or disinterested in protecting people from the far right.”

On August 6, Vox reported that Shut It Down DC is also planning to be present at Lafayette Square, as well as their site at Freedom Plaza:

Counterprotesters also plan to be present at the actual Unite the Right event, which takes place later that afternoon in Lafayette Square.

In a news conference on July 30, Washington, D.C. police chief Peter Newsham stated that the department is ready to handle the events of the weekend. Local radio station WTOP reports that Newsham affirmed that “Our role is to make sure we have a First Amendment event that goes on without any types of violence or destruction of property […] We intend to have the entire police department engaged to make sure that we handle this type of thing.”

When asked about how the department would handle things differently than the Charlottesville police, Newsham explained that “We’ve had those types of high-tension assemblies in the District before. We 100 percent are going to make sure that groups remain separate” Ultimately, Newsham argued that “The No. 1 role is to make sure nothing gets broken and nobody gets hurt.” He added that “We will do that.”

Radio station WAMU 88.5 reported that the general guideline for officers is “to try and keep things low-key, and to do whatever it takes to deescalate the situation. And that’s why MPD officers tend to respond to protests in their normal uniforms, not in riot gear.”

Newsham commented further, stating that “If you deploy officers that are inside hard gear, what some people may call riot gear, and it’s not necessary, sometimes that can escalate the situation, and we’re not looking for that. We’re looking to deescalate the situation.”

Ultimately, Newsharm argued that “Our goal is to ensure that the individuals that are peacefully protesting are safe and they have the availability to air their grievances. And if counter protesters or additional people do show up, then obviously we would take the appropriate precautions to ensure that they’re separated and we allow both groups to air their opinions or voices out there.”

WAMU reported on August 9 that D.C. Mayor Muriel Bowser signed an order to activate D.C.’s Emergency Operations Center on August 8, as part of the city’s efforts to keep the district safe. Newsham commented on the announcement, stating “When these two groups have been in the same area at the same time, it leads to violent confrontations […] Our goal is to prevent that from happening.” He added that “Some may try to misinterpret what law enforcement is doing, but the ultimate goal will be to make sure that nobody is injured and nothing gets broken.”

WAMU reports that the D.C. Metro Police Department will enforce road closures on August 12 for the following streets:

According to The Washington Post, Uber and Lyft drivers are discussing whether to cut off service to the general vicinity on Sunday, citing safety concerns. Both ride-sharing services have notified drivers that they are fully within their rights to kick a passenger from their car if they feel their safety is threatened.

“Their safety comes first,” comments Lyft spokeswoman Darcy Yee, ” If they ever feel uncomfortable or disrespected by a passenger, they can cancel that ride”

On June 22, we reported that Kessler was granted initial approval from the National Park Service to host a rally across the street from the White House. According to the National Mall Special Event permit request, which was filed on May 8, Kessler will host “a white civil rights” rally in Lafayette Square, with the goal of “protesting civil rights abuse in Charlottesville.”

At the time, NBC News 4 reached out to the National Park service for comment on the news, and received comment from National Park Service spokesman Mike Litterst. Litterst noted that the initial approval was an indicator that no other group or individual had acquired a permit for the requested time or location. Rather, the National Park Service was gathering information on the details of the event, which would be used to create the permit.

The same day the news broke, Otakon issued a statement from the Board of Directors regarding the the events. “We are reaching out to notify you that we are aware of the proposed rally which would be located 2.1 miles away from the Walter E. Convention Center,” the statement begins. They note that “[t]he information that we have received from DC is that the rally will be well monitored as to have minimal or no effect on Otakon.”

The directors added that “your welfare and safety is our number one priority during the convention along with having an enjoyable time.”

The event led to marchers engaging in violent clashes and brutal brawls with counter-protesters. By the end of the evening, 33 were injured, and three had died.

In the most extreme case, a 20-year-old white supremacist smashed his car into a group of counter-protesters, killing 32-year-old Heather Heyer and injuring 19. The attacker was arrested and charged with Second Degree Murder, and the Department of Justice announced a civil rights investigation into the attack.