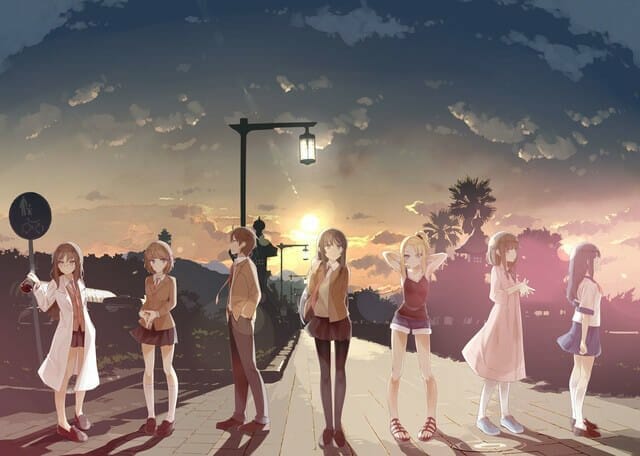 One of these days, light novel and anime titles will just be a page-long screed that describes everything at the outset.

Earlier today, the official Seishun Buta Yarou wa Bunny Girl Senpai no Yume wo Minai (High School Pigs Don’t Dream of a Bunny Girl Upperclassman) anime website updated with a new teaser trailer and a key visual. We break the details down below.

The 19-second promo cuts between various scenes, as the show’s closing theme plays as a background track.

The new visual features headshots for each of the show’s six heroines.

The show’s closing theme song, Fukashigi no Karte (Mysterious Chart), will be performed by the female leads. The song will receive a CD single, which ships to retailers on October 3.

Seishun Buta Yarou wa Bunny Girl Senpai no Yume wo Minai will air on Japanese TV in October. The project is being produced as part of Dengeki Bunko’s 25th anniversary celebration.