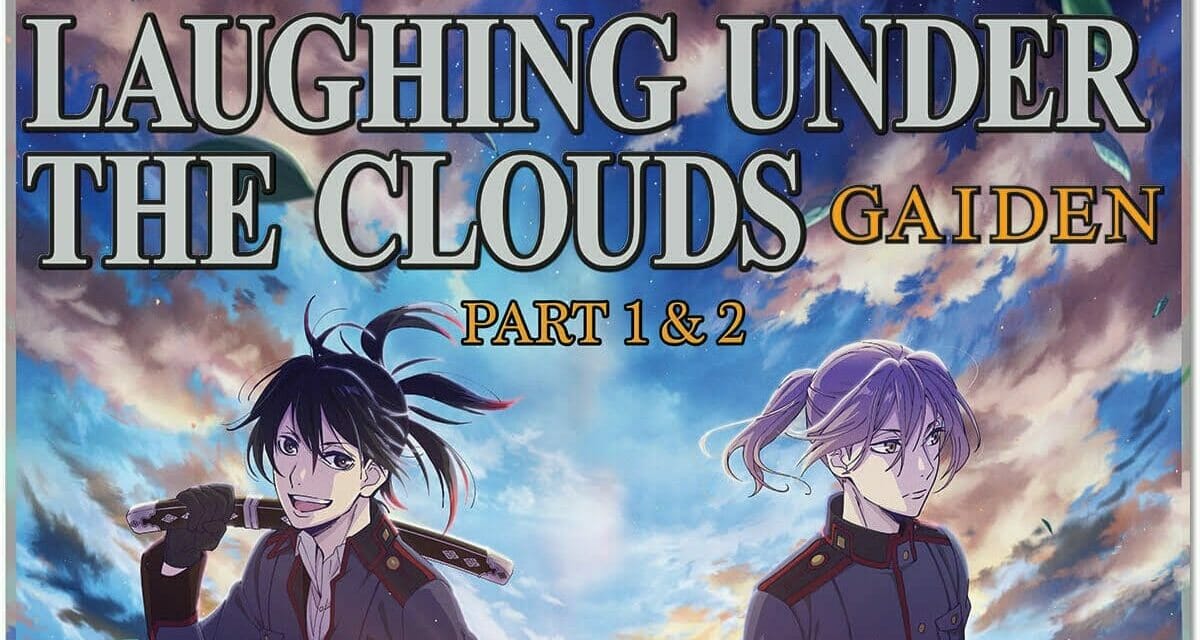 Someday, after the war and the sadness, we shall laugh together once more.

On August 2, Eleven Arts started streaming a new trailer for Laughing Under the Clouds Gaiden Parts 1 & 2. The two-minute, subtitled trailer offers a brief overview of the films’ plots.

Laughing Under the Clouds Gaiden Parts 1 & 2 will screen in North America as a double feature when they open on August 24. The third film, Laughing Under the Clouds: Cherry Blossoms, the Bridge to Heavenly Wishes (Donten ni Warau Gaiden: Ōka, Tenbō no Kakyū) will also receive a theatrical run, though a specific time frame has yet to be announced.

Eleven Arts describes the features as:

Although he ought to feel victorious, the Orochi took its toll on squad leader Tenka, the eldest of the Kumou brothers. Tenka’s paraplegic condition, rendering him unable to help his teammates in battle, leaves him with severe guilt and self-doubt. No longer threatened with possession by the Orochi, Tenka must reconcile with his own inner demons, and the squad must save him from himself.

Eventually, internal disputes will turn themselves inside out again, when a new enemy emerges from the shadows. The Fuuma ninja clan, who assassinated the Kumou parents years before, inches one step closer to their goal of reviving the Orochi, with the help of some surprising allies. Now the remaining Yamainu will find themselves back in employment.