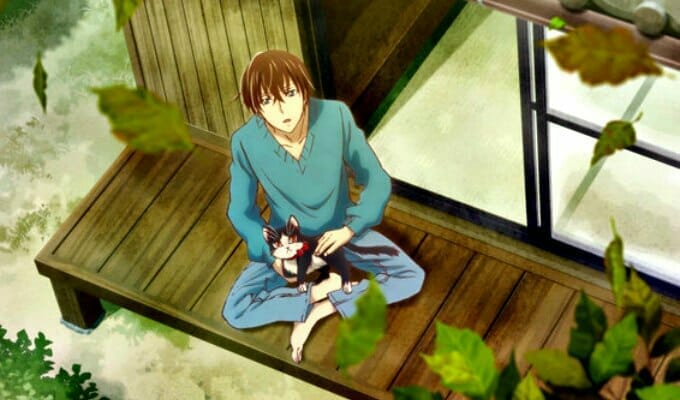 It looks like this ghostly dramedy is spiriting its way into homes next year.

Earlier today, an official website and Twitter account opened their doors to announce that Tsunami Minatsuki and illustrator Futatsuya Asu’s Dōkyonin wa Hiza, Tokidoki, Atama no Ue (My Housemate is Sometimes on My Lap, Sometimes on My Head.) will get an anime TV series. A key visual, plus the main staff members were revealed for the project, which hits Japanese TV in 2019.

The image is a high-angle shot, which features lead character Mikazuki Subaru sitting on his porch with a cat. Subaru is looking up toward the sky from his perch.

Sailor Moon Crystal To Get “Upgraded” Re-Broadcast In April 2015