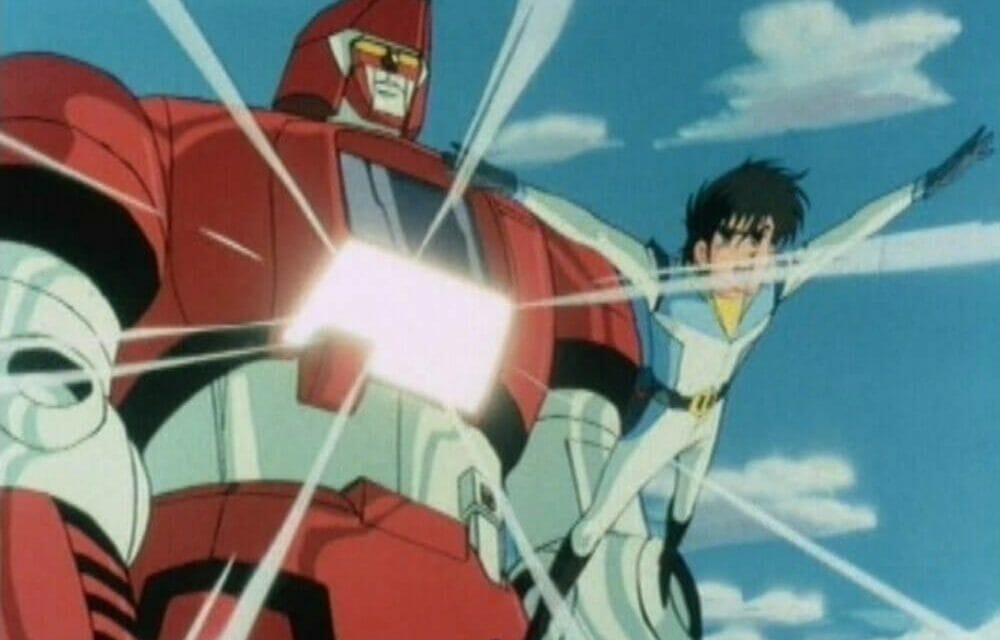 Don’t go away just yet because we still have another Discotek license out of Otakon for you!

Originally airing between 1981 and 1982 for 64 episodes, God Mars is a sci-fi, mecha show for the ages from Studio Cockpit and Tokyo Movie Shinsha. MyAnimeList describes the story as:

In the year 1999, humanity begins to advance beyond the solar system. The planet Gishin, led by the Emperor Zule, which aims to conquer the galaxy, runs into conflict with Earth. He targets Earth for elimination and to do this, he sends a baby called Mars to live among humanity. Accompanying the baby is a giant robot named Gaia, which utilizes a new power source strong enough to destroy an entire planet. As planned, Mars is expected to grow up, where he will activate the bomb within Gaia to fulfill the mission of destroying the Earth. However, when Mars arrives on Earth his is adopted into a Japanese family and given the name Takeru. Seventeen years later, Takeru would grow up with a love for humanity and refuses to detonate the bomb as ordered by Zule. However, if Takeru was to die, the bomb within Gaia would explode destroying the earth.

Takeru possesses psychic powers ( ESP ) and decides to join the Earth defense forces and becomes a member of the Crasher Squad (an elite space defense force) where he and his friends take a last stand against the Gishin’s attack.

The relationship of Takeru with his brother Maag, which fate would have it, pitted the two against each other in the war.

The licensing announcement included the notes that the release will be SD Blu-ray and will include all 64 episodes, the OVA, and the movie in one complete set. It’s also worth noting that this was the very first SD Blu-ray release in Japan.

This isn’t the first time that the series has been available in English. You might recall that the TV series became available for streaming on Crunchyroll starting in 2015 (where it still remains tucked away in their catalog) and then again on TubiTV starting in 2017.