Things are looking more like a match card than a farewell party, lately.

Earlier today, the Fairy Tail anime’s official Twitter account updated with a key visual for the show’s upcoming final season. The image features Natsu and Zeref standing against a black background, as raw energy radiates from their bodies. 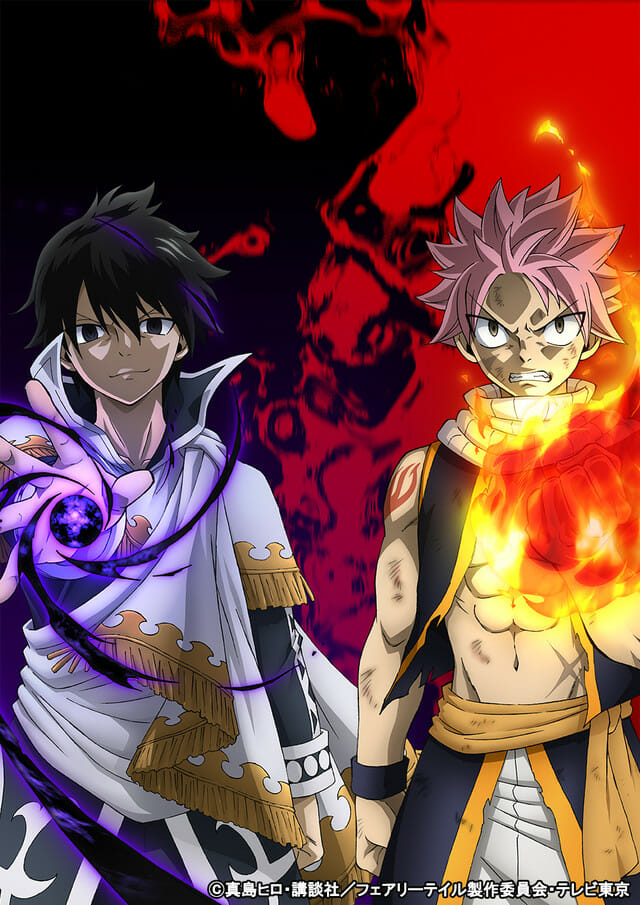