Despite the name, we’re learning a lot about this series.

Earlier today, an official website and Twitter account for the We Never Learn (Boku-tachi wa Benkyō ga Dekinai) anime TV series opened their doors. The site includes a teaser visual, as well as the first staffers attached for the project were confirmed. 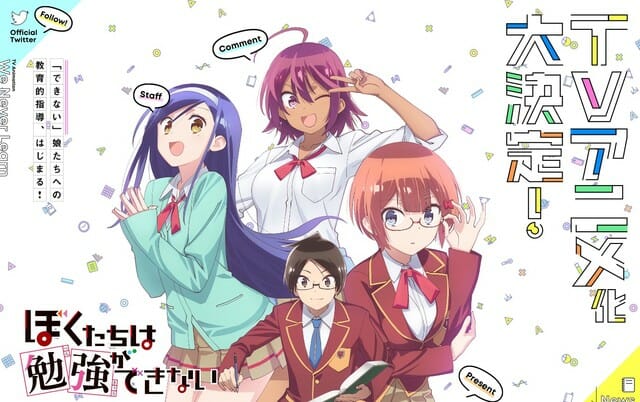