Soon, you can have the thrill of drawing Madoka without paying for gacha!

On September 1, fans gathered at Tokyo’s Hughick Hall for the “Magia Record Magical Girl Madoka ☆ Magica Gaiden” fan event. During the show, it was announced that the Magia Record smartphone game will get an anime TV series in 2019. A key visual and a teaser trailer for the series were unveiled, the details of which we break down below.

The 38-second promo opens with a black and white still of Tokyo, before cutting to red text. Magia Record theme song Kakawari by Trysail plays in the background as the trailer cuts between a few clips of animation.

The image features Madoka Kaname and Magia Record lead Iroha Tamaki standing against a white background. Iroha takes the front as Madoka stands behind, her hands on Iroha’s shoulders. 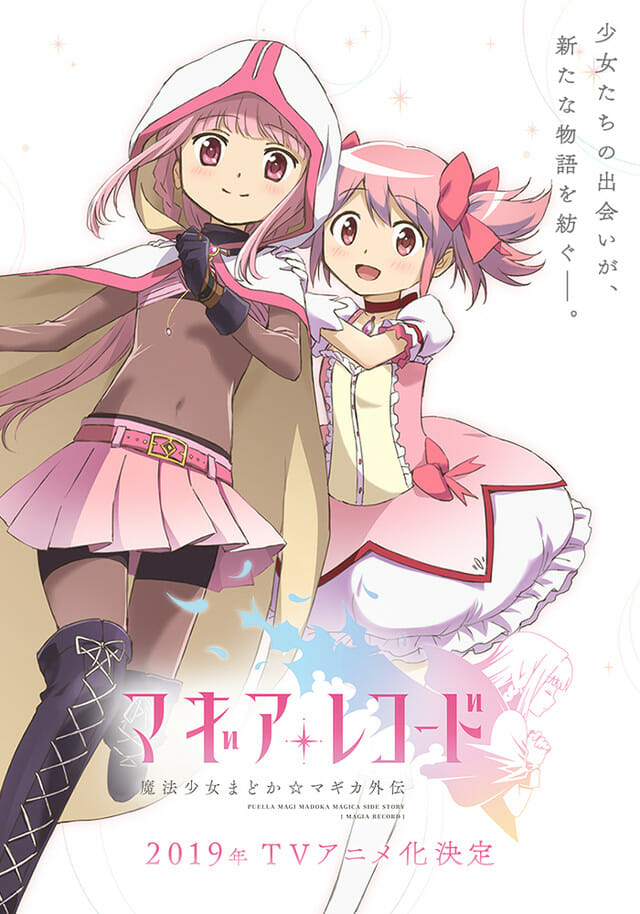 Magia Record is based on a smartphone game, which launched in August 2017, for iOS and Android. The title is a role-playing game from developer f4samurai, with Magica Quartet credited with the original work. Ume Aoki (Puella Magi Madoka Magica) provided original character designs for the title, while Gekidan Inu Curry (Puella Magi Madoka Magica) designed the Witches. Aniplex produced the project.

The title itself is a spinoff of Madoka Magica, which revolves around new character Iroha Tamaki, who lives in Kamihama. Iroha enters a contract to become a magical girl, with her wish being to save her sister from an unspecified illness. Not long after, Madoka Kaname arrives in Kamihama with the goal of finding her lost friend Homura.