It’s a reveal that is positively glowing, today!

The video, which does not offer an embed, is available in raw and subtitled formats. The promo introduces the main characters, and features comments by the core cast and crew including creator Tony Valente.

The new visual features the major characters, posing against a clear blue sky. 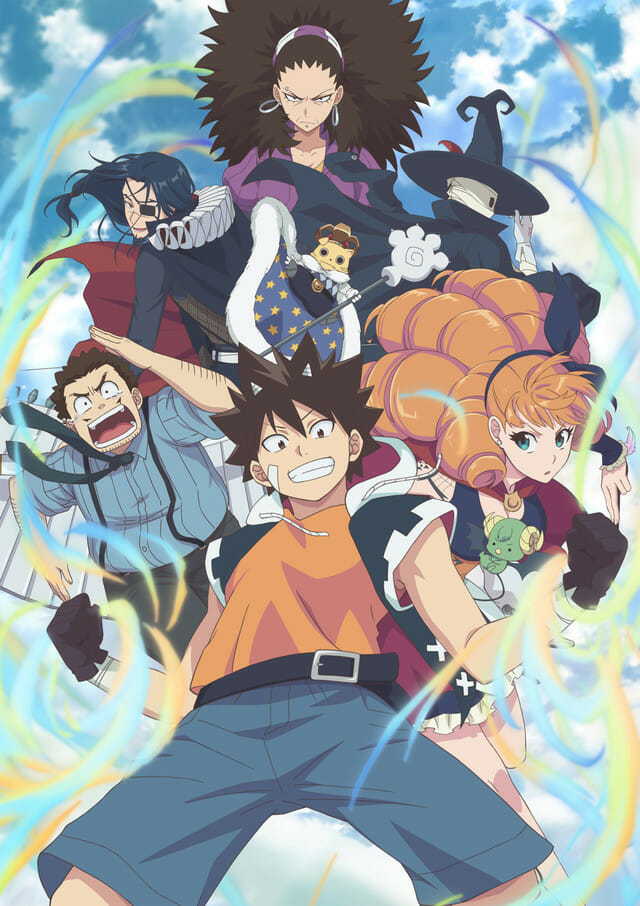 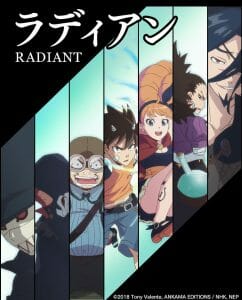 Radiant will air on NHK’s E-TV network starting on October 6. The show will air in the 17:35 (5:35PM) time slot. Crunchyroll will stream the series in North America.