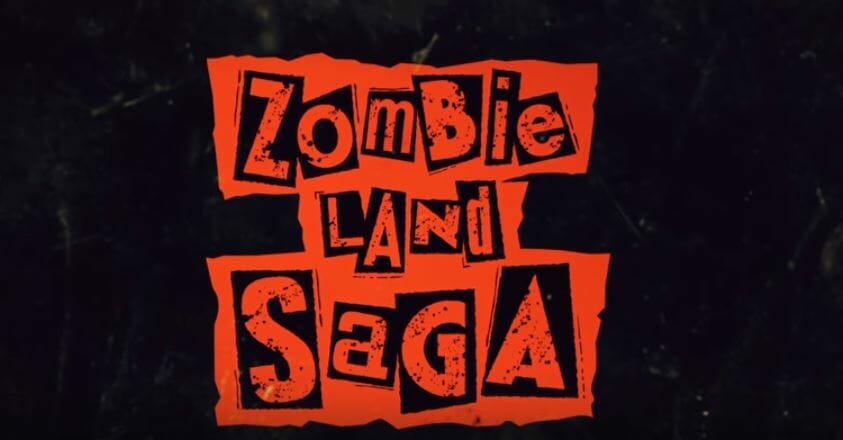 The Rangers won’t have a homecoming in this borough, that’s for sure.

Earlier today, the official Zombie Land Saga anime website updated with a new trailer and visual, as well as the main staffers attached to the project and information on the show’s theme songs.

The 90-second promo opens on a deceptively cheery note, as the series sets the scene, opening with one of the female leads in the year 2008, as she sets out to deliver a love letter. At the 20-second mark, the trailer cuts to high-intensity footage of zombie executions, interspersed with cuts from a surreal stage show. At the 50-second point, the teaser cuts once more to scenes of the main cast, particularly the flamboyant antics of Mamoru Miyano’s character.

The image features the show’s female leads, as well as a one-eyed zombie dog.

The Zombie Land Saga Production Committee is credited with the original concept.

Zombie Land Saga will hit Japanese TV on October 4. The full broadcast schedule is as follows (All times JST):

The overall vision for the project is the “humanize zombies.”