The eighth volume of Wakai Ken’s Joshi Kausei manga hit stores earlier today. The wraparound band on the book features an announcement that the title will receive an anime TV series in 2019. 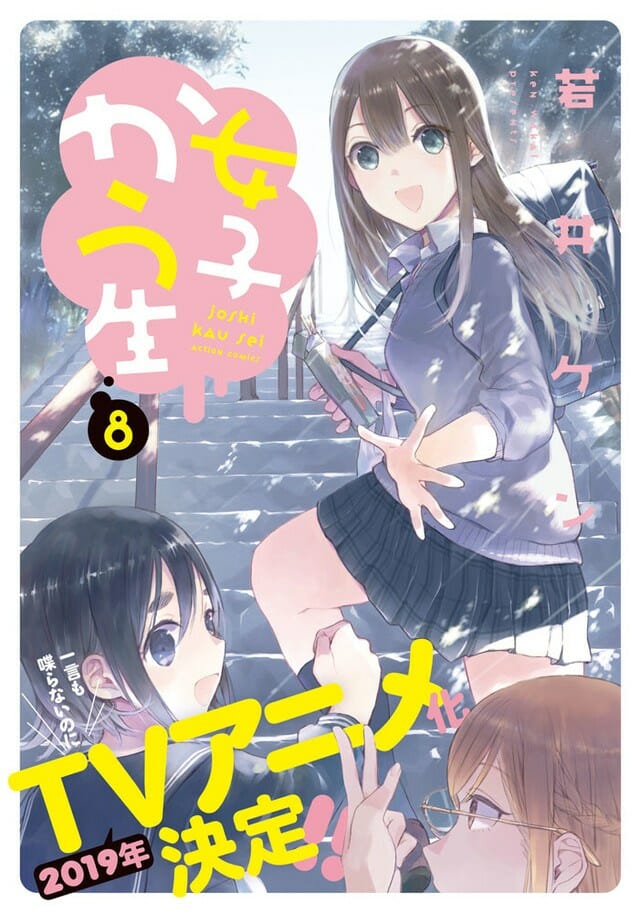 The series made its debut on Futabasha’s Web Manga Action website in 2013. The series later moved to Manga Action magazine. Crunchyroll currently offers the title as a simulpub, which they describe as:

Who needs dialog when you’re this cute? The beautiful (but unlucky) Momoko, the cool, collected Shibumi, and the refreshingly innocent Mayumi star in a “silent manga.” No speeches, no dialog! Just pictures, sound effects, and three high school girls living their daily lives.