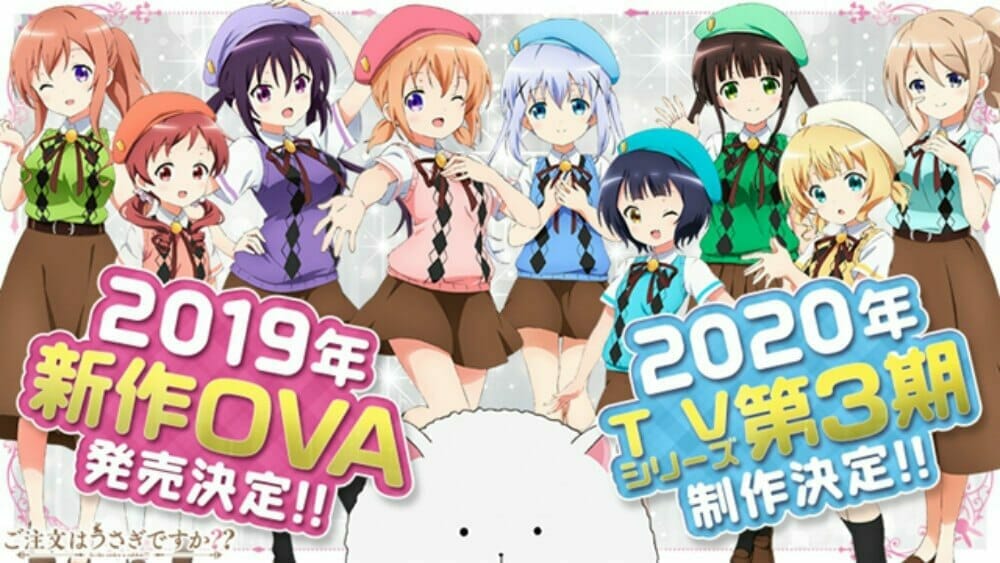 It looks like the we have a few new orders to ask about.

The three-minute teaser promotes the franchise’s upcoming CD releases, before delivering a quick series history. At the 1:33 mark, the teaser cuts to a reveal that a new Is the Order A Rabbit? OVA and TV season are in the works.

The image features the show’s leads, dressed in cardigans and berets as they pose against a sparkly white background.

The title received a second season on the Fall 2015 broadcast season, and TV special Is the Order A Rabbit? ~Dear My Sister～ in November 2017. Crunchyroll streamed both seasons of the Is the Order a Rabbit? TV series, which they describe as:

Kokoa arrives in a new town in spring to start high school. She gets lost and pops into a coffee shop called “Rabbit House”, which turns out to be where she will live. All the characters are so cute – tiny but cool Chino, soldierly Lize, gentle and Japanese Chiyo, sophisticated but down-to-earth Sharo. They are joined by Chino’s class mates Maya and Megu, and a regular at the shop, Mr. Blue-Mountain Aoyama. Everything is so cute every day at Rabbit House! 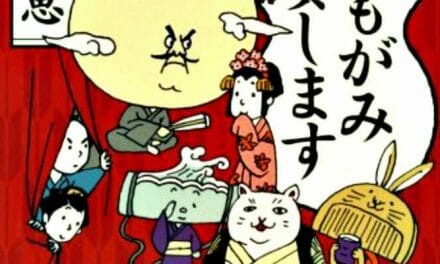 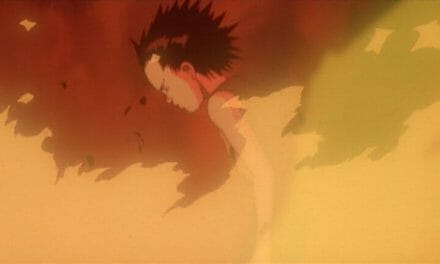