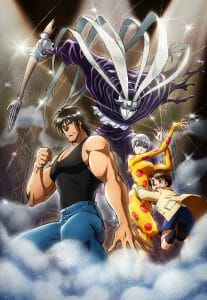 A new theme song featuring the song also hit the web, which you can check out below.