Classes are over, and it’s time for revenge!

The latest issue of Ichijinsha’s Monthly Comic Rex magazine launched a sequel series to Hazuki Takeoka and illustrator Tiv’s Masamune-kun’s Revenge manga. The project, titled Masamune-kun’s Revenge After School (Masamune-kun no Revenge after school), will tell a series of “after stories” based on characters from the original title, including Masamune, Aki, and Yoshino.

According to Tiv, the title will be a “short-term” series. 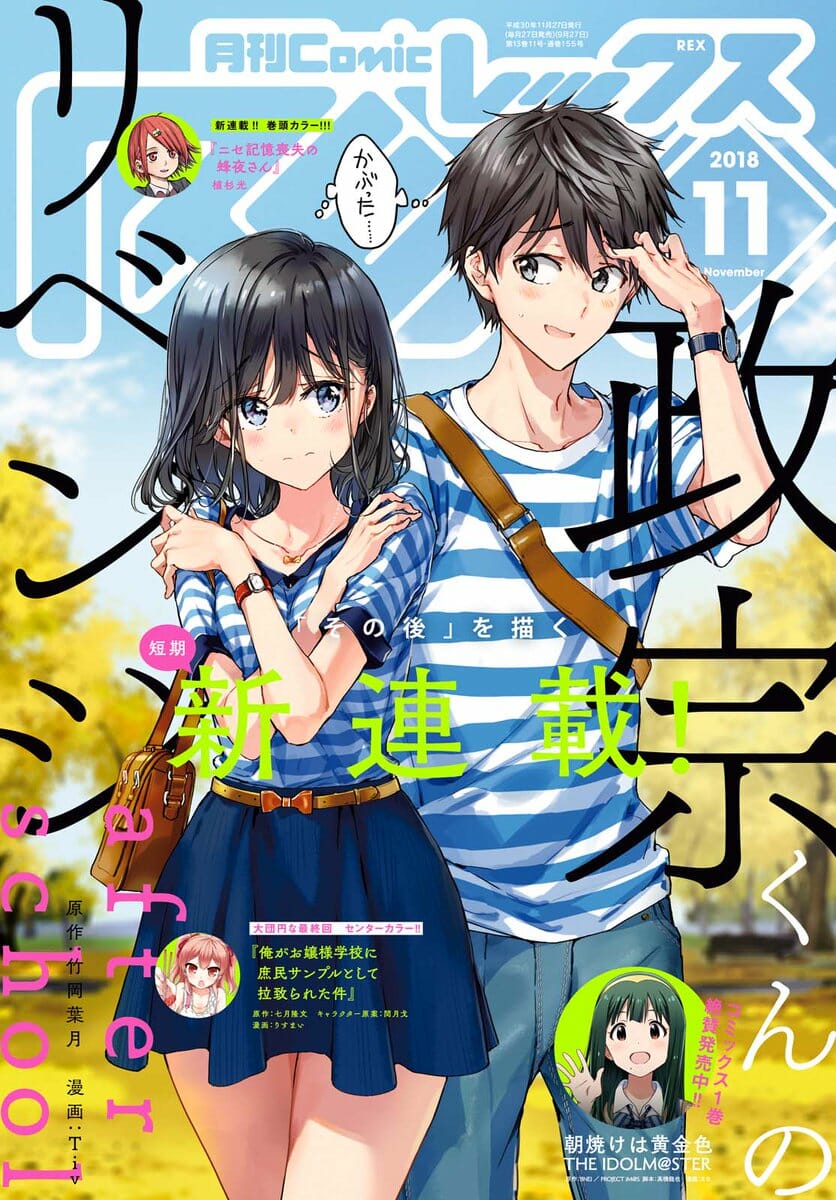 The series spawned an anime adaptation, which aired in the Winter 2017 broadcast season.

Crunchyroll streamed the show as a simulcast, while Funimation produced a simuldub. Funimation describes the title as: