It seems that there really is a show for everyone this season.

On October 2, Aniplex of America announced that Rascal Does Not Dream of Bunny Girl Senpai and DAKAICHI – I’m being harrassed by the sexiest man of the year – will stream on Crunchyroll. In addition, the publisher streamed English subtitled trailers for both shows.

Rascal Does Not Dream of Bunny Girl Senpai

Rascal Does Not Dream of Bunny Girl Senpai will stream on Crunchyroll, Hulu, and FunimationNow starting October 3. 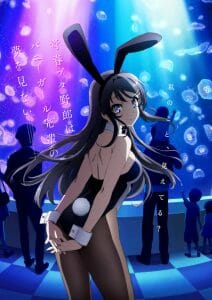 DAKAICHI – I’m being harrassed by the sexiest man of the year – will launch on Crunchyroll starting October 5. 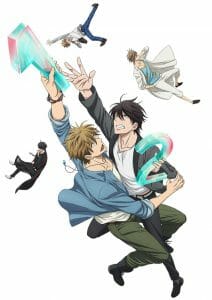 The veteran actor who has held the title of “Sexiest Man of the Year” for 5 years in a row, Takato Saijyo, and the up and coming actor who recently dethroned him, Junta Azumaya.

Enter the cut throat world of the entertainment industry, where the two most desirable bachelors find themselves in a forbidden scandal.

Based on Hashigo Sakurabi’s “”Dakaretai Otoko No. 1 ni Odosareteimasu,”” one of the most talked about BL comics with over two million copies in print gets a highly anticipated TV anime adaptation!