Why does a title like The Seven Heavenly Virtues make me want to sin so much?

In a press release sent out today, HIDIVE announced that they have acquired the streaming and home video rights for the series The Seven Heavenly Virtues and will debut it on both their streaming service and on home video on October 16. The series will premiere on HIDIVE on that date with future episodes being released weekly. The stream will be made available in the USA, Canada, Australia, New Zealand, the UK, Ireland, and other select territories.

As sin begins to take over the world, it’s up to seven scantily-clad angels to find the new messiah and deliver humanity from evil. Of course, this is no easy task, and the voluptuous angels quickly find themselves in risqué situations in hopes of finding the true savior. Has the lover of cream-filled sweets Raphael found a true hero or does humanity’s one hope lie in buxom Sariel’s slacker office employee?

First released in January 2018, the series ran for 10 episodes with 2 bonus home video only episodes. A preview trailer for the English dub was released back in August 2018. 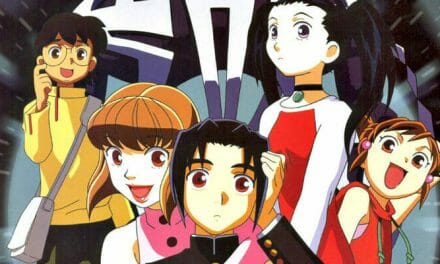