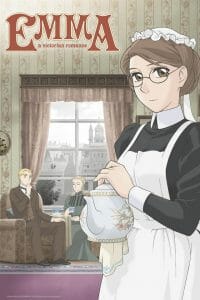 Grayson is the sixth person attached to the project, overall. He joins the following crew members.

Right Stuf’s Kickstarter to produce an English dub for Emma: A Victorian Romance reached its $110,000 funding goal on October 3. As of press time, the campaign stands at $133,412 across 1,075 backers, with an average contribution of $124.10 per backer.

Five stretch goals have been announced as of press time: