At 1:00PM EDT today, Ellation announced that their partnership with Funimation is ending on November 9. After that date, all of Funimation’s content will be removed from VRV and Crunchyroll’s services, and users will no longer have access to Funimation as part of the VRV Premium Subscription or as an individual Channel Subscription.

In a blog post on VRV’s website, the company stated that “Funimation has decided to go their own way, and our partnership with them will be winding down on November 9th.” Forbes’s Lauren Orsini notes that the split was not related to news that HIDIVE would join VRV’s lineup, citing a trusted anonymous source.

Funimation anticipates that they will begin making “a selection of newly-acquired titles available in both subbed and dubbed” formats starting in Winter 2019.

Entertainment news source Variety obtained a copy of an internal memo from Gen Fukunaga regarding the news, which states that the agreement “ended amicably.” The memo notes that the decision is based on Funimation’s acquisition by Sony Pictures television, and “additional investments Sony is making in our business to make Funimation a global sub and dub anime brand.” It also explains that, “Effective immediately, Funimation will once again independently acquire, market and distribute anime to the entire community – to both sub and dub fans.“

Fukunaga’s memo adds that, “While our partnership with Crunchyroll is ending, we are excited about the future, the support of Sony Pictures Television and their commitment, alongside ours, to build the best experience for anime fans globally.”

Funimation’s Twitter account stated that the organization would continue to work with Funimation on titles that they co-licensed.

On their forums, Crunchyroll published a notice to users, explaining that the list of titles that will leave Crunchyroll (and vice versa) is still being finalized. The post also states that “currently-airing simulcasts and series that premiered during the partnership will continue to be available on Crunchyroll, including favorites like Attack on Titan and My Hero Academia. Additionally, all home video releases will be released as scheduled and all pre-orders will be fulfilled.” 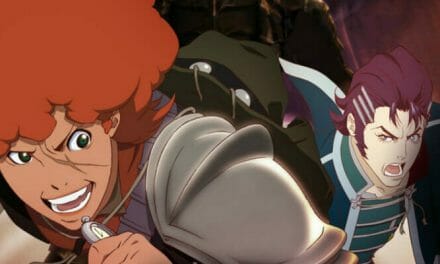