Samantha Ferreira: Hi everyone, Samantha here with the Herald Anime Club! It’s a new season, which means we’re taking a trip to the only big top with sober clowns with Karakuri Circus. This week, I’m joined by L.B. Bryant and Lydia Rivers
L.B. Bryant: Hello!
Lydia Rivers: Hiiii everyone! It’s good to be back, especially with this show. Even if the NA licensors bothered to translate Le Cirque for some reason.
Samantha Ferreira: It’s, sadly, not uncommon… at least it didn’t get the Enoki Films treatment
Lydia Rivers: Dear lord. We could go on forever couldn’t we?
Samantha Ferreira: We really could.
So, yeah… what were your thoughts from this inaugural episode?
Lydia Rivers: I adore leads who are beautiful messes, and these certainly qualify.
They’re just total wrecks 💗
L.B. Bryant: I’m not usually a fan of shonen tropes but this one was fun. All the way from the elaborate fight scenes to the male lead who is sporting a mullet. 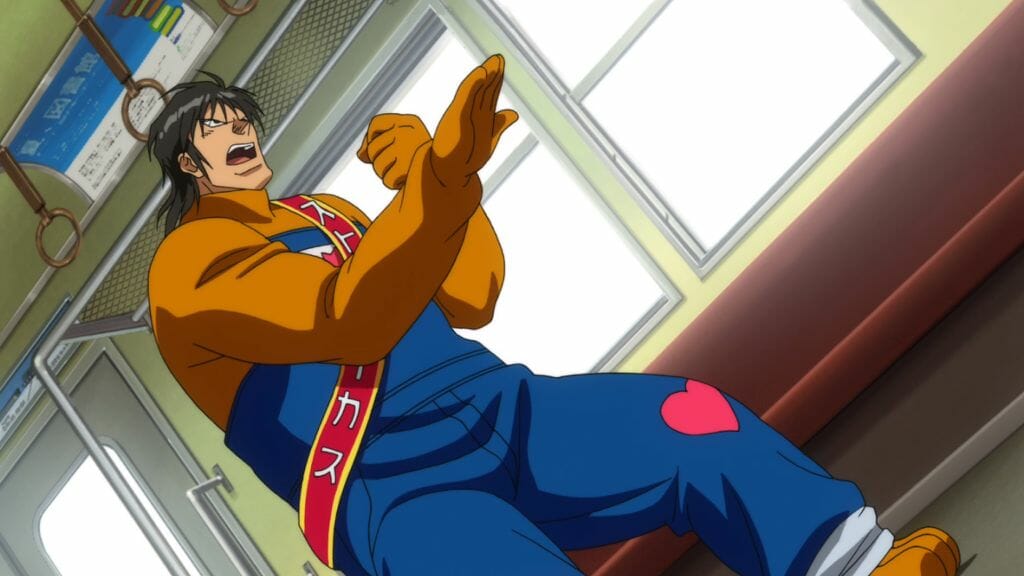 Samantha Ferreira: God, yeah… this show feels like it was ripped out of 1998 and I am all over that. Like, right down to Megumi Hayashibara being a lead role
Lydia Rivers: That’s what was so beautiful! He’s a manly man, a man’s man…who totally owns a mental illness.
Samantha Ferreira: Yeah!
Lydia Rivers: I can’t wait to learn his backstory. What was he doing in China learning martial arts? Lol
Did he run into Ranma with his mullet?
Samantha Ferreira: Well he’s talking to Ranma. o_o
Samantha Ferreira: (bad joke)
(TM)
I’m curious to see how that plays out, myself.
L.B. Bryant: I’m more interested in his ‘has to make people laugh or else he dies’ aspect.
Lydia Rivers: Yeah! A bona-fide anxiety disorder if I’ve ever seen one. I hope they don’t ruin it by furthering stigma, although I’m prepared for it to be honest. I feel pretty positive from how they handled dialogue, though.
L.B. Bryant: I think it’s more than just an anxiety disorder. I think there’s something mystical at play with that.
Samantha Ferreira: …God damn it, Cologne. What did you do this guy? 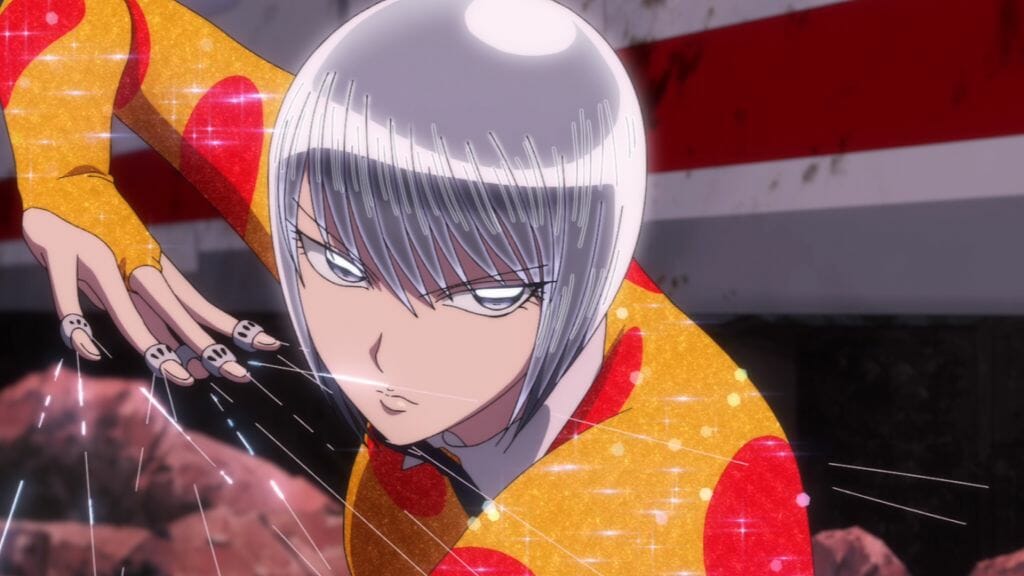 Lydia Rivers: Normally I’m all about the supernatural, but I’ll be disappointed if that’s the case!
L.B. Bryant: Yeah, my instincts tell me that it’ll turn out to be some kind of curse or something.
Lydia Rivers: Booooo
But
He had the attack after he failed to do something he wanted to do for the kid. Both times
He convinced himself to leave the boy alone, and had the attack
Then he failed to defeat the kid’s enemies and had to run away instead
So had an attack on the train
L.B. Bryant: That’s a fair point. We’ll have to see how it develops over the next 30+ weeks.
Samantha Ferreira: Indeed… This is a long-runner.
Lydia Rivers: Yay!
L.B. Bryant: lol
Lydia Rivers: Did you guys get a kick in the feels when Masa started crying about dragging Narumi into it? My bitter little heart was cleansed
L.B. Bryant: Not really heh
Samantha Ferreira: I did. 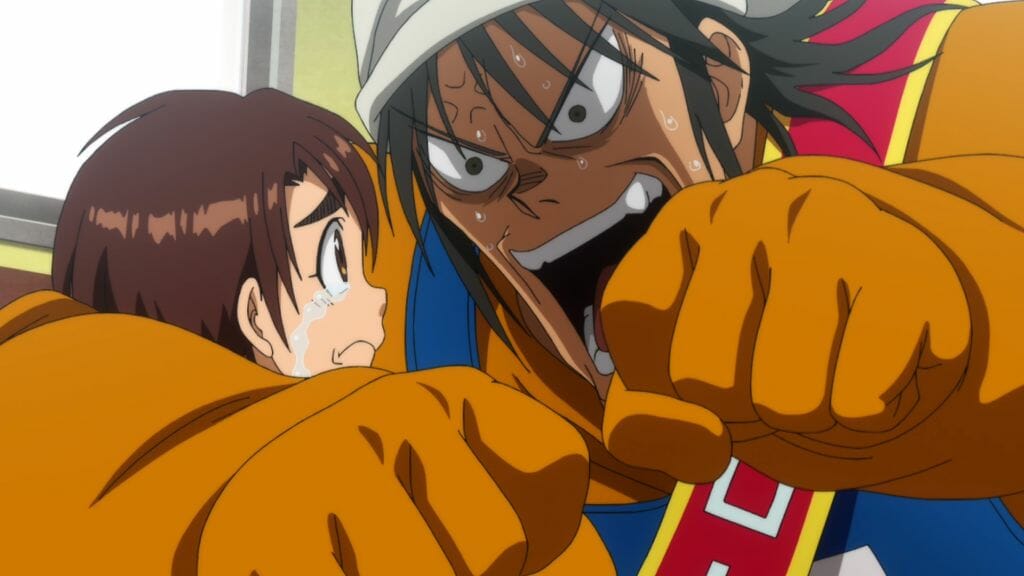 L.B. Bryant: I’m not feeling overly sympathetic towards the kid yet.
Samantha Ferreira: Honestly, I like the dynamic so far – The kid’s able to bring the feels, Kato’s a big bruiser who hides a bit heart, and Shirogane is the awesome protector
Lydia Rivers: Oh man. I was attached to him the second he had the little panic about his suitcase running into the bear.
But then, I’m the big sister stereotype. It can’t be helped.
Samantha Ferreira: That poor bear. Nobody would laugh when he started walking like an Egyptian. :< He as trying!
Lydia Rivers: Hahahah! I would have been one of the ones staring at him, unsure of whether I should laugh or be afraid
Samantha Ferreira: I’ll admit it – I’d laugh. He was trying so hard.
Lydia Rivers: I would have been dragging him out of the suit once I heard that wheezing though. And then kids would start crying, right? That’s how that scene goes.
Samantha Ferreira: Yeah.
Lydia Rivers: A random aside: I was distracted by the translator’s choice of using the entire “he or she” phrases when gender was ambiguous, instead of “they.”
Samantha Ferreira: That was odd
Lydia Rivers: They also translated what’s normally “Well excuse me for having a scary face” to “shut it” or something like that. Such a different nuance that I was surprised.
Samantha Ferreira: There were some really weird translations on tihs one
Lydia Rivers: Yeah! Oh well. Someone please get Shirogane out of the McDonald’s leotard soon 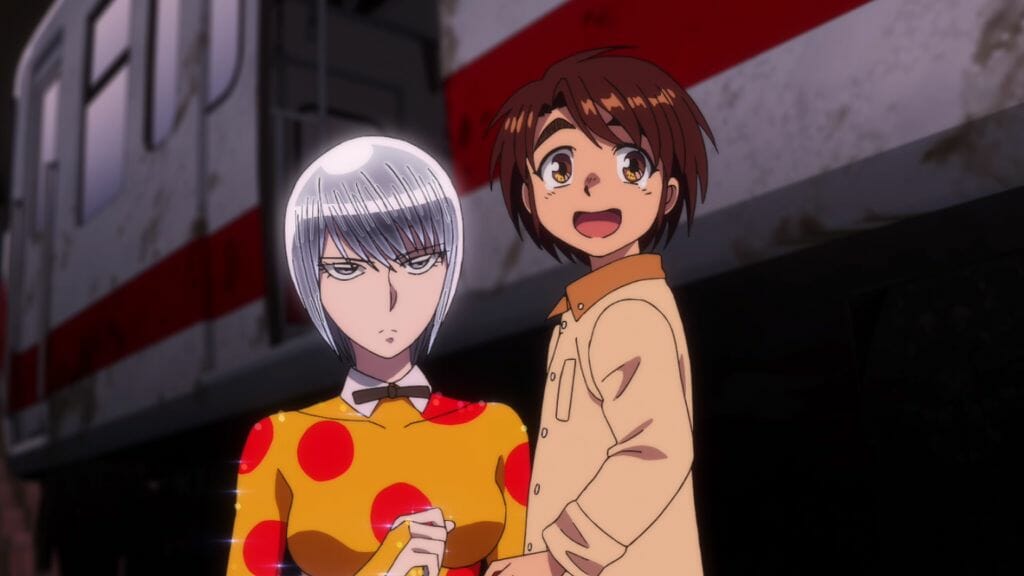 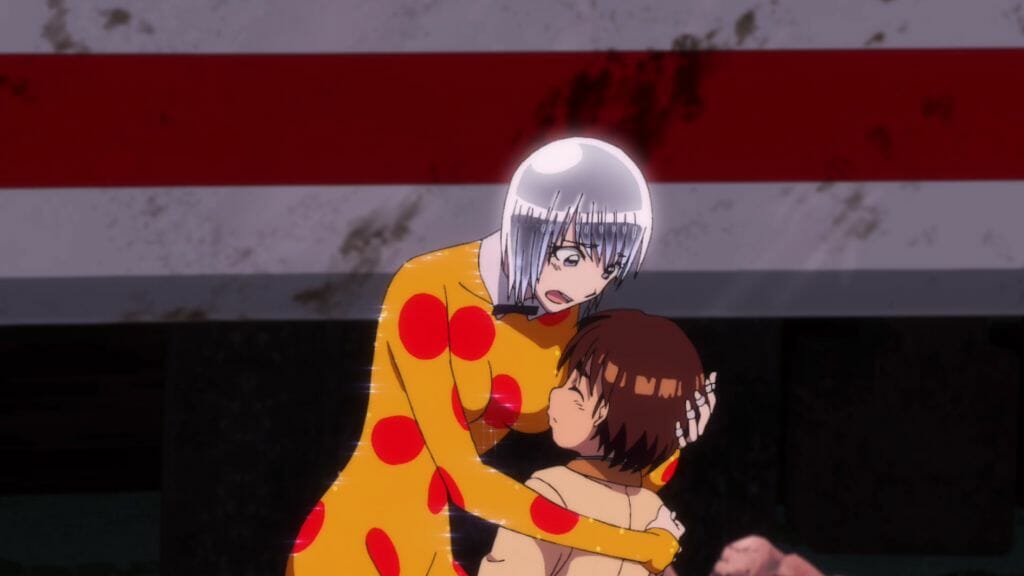 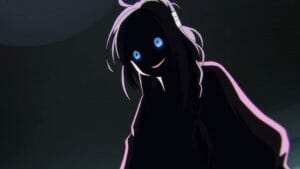 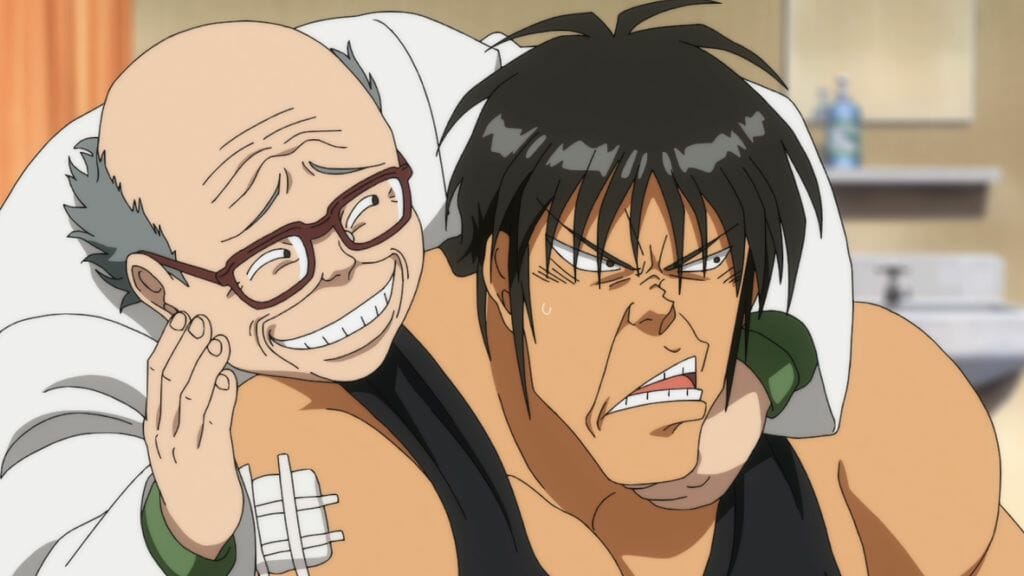 Samantha Ferreira: Hehe.
Have to admit, that tease of the fight scenes was just… mean
MURDER PUPPETS! 💗
Lydia Rivers: I loved the animation, because it was so easy to forget they’re puppets…and then suddenly a gorgeous shot of the marionette strings!
Samantha Ferreira: Yeah!
It’s just beautifully handled so far!
Heck, even introducing the puppet baddies was great.
Lydia Rivers: The thing that gave me the most hope, though, was how they handled Masa getting in the middle of the fight between Narumi and Shirogane.
I was 100% expecting the cliche all-stop, or the cliche humorous scene where he wakes up right away and everyone trips over themselves with apologies.
Instead he needed stitches and had a likely concussion, judging from the way he is still sleeping. Those little judicial doses of realism are going to do it for me
Samantha Ferreira: Little bits to reel it back from “over-the-top”
Lydia Rivers: Exactly.
They will help to maintain the mood as well. 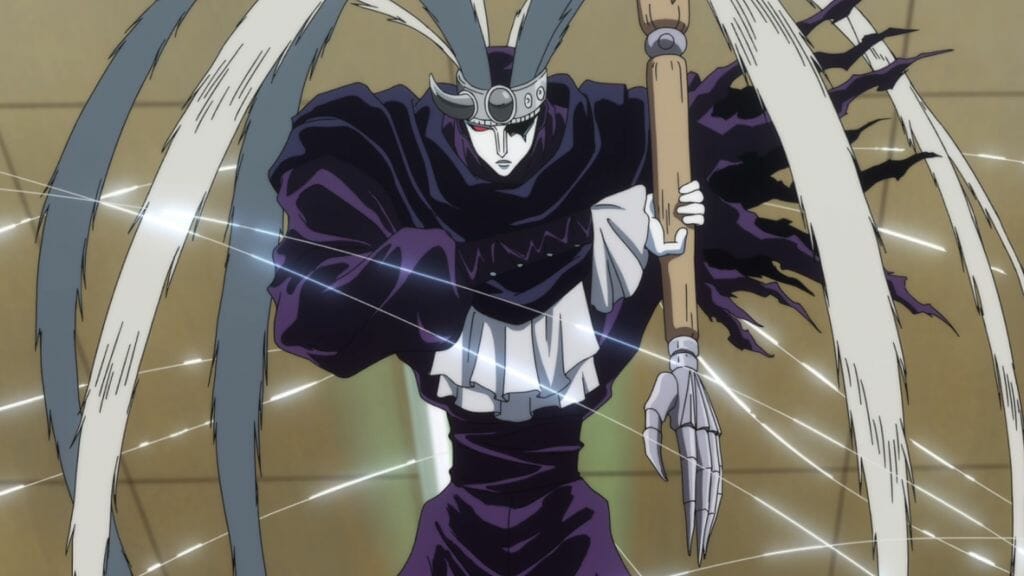 Samantha Ferreira: Yeah!
I mean… it’s something to give gravity to this show about magic murder mannequins
And a circus with sober clowns
Lydia Rivers: And the child sadly waxing nostalgic about not having known anything before hand. But now he’s seen some things, by god.
Samantha Ferreira: True that.
Dad killed by puppets, chased by more puppets…
Lydia Rivers: Backtracking a bit to Shirogane’s character, sorry. But I love her trope subversion for her moments of humanity. Normally the cool-headed protector characters are played super stoic, but we saw lots of emotion from her once she stopped her action scenes.
Samantha Ferreira: Likewise!
There’s a very soft, human side to her, which is pure (welcome) irony
Plus she’s a total mess when not being badass, which is great
Lydia Rivers: And the gaps in these characters aren’t being played up at all, which makes them feel more organic. I’m into it!
Samantha Ferreira: Same!
I want to see how they grow and evolve
Like… they’re good characters already 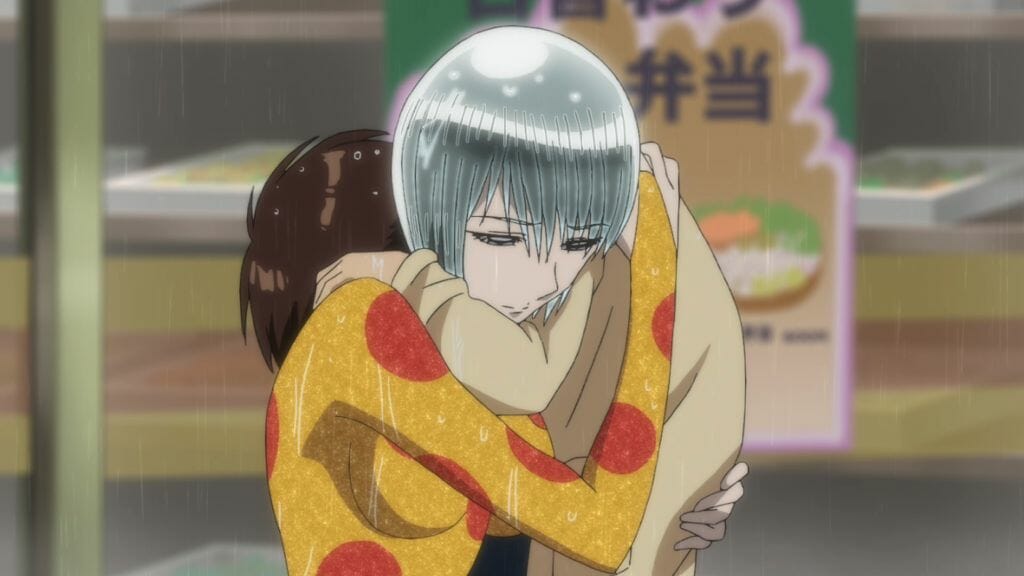 Lydia Rivers: I’ll just die of happiness if the story remains wholesome and subtle with these over the top, completely bizarre plot scenarios
Samantha Ferreira: That would be amazing.
Lydia Rivers: Hehe!
Samantha Ferreira: I am so into this show.
Lydia Rivers: I didn’t really notice a gap in Masa’s character yet, did you two?
L.B. Bryant: I didn’t notice any real gaps in any of the character tbh. Everyone felt like a genuine person throughout the first episode.
Lydia Rivers: I guess some people might consider him being a rich boy, and also such a good boy, to be a gap
L.B. Bryant: I think it’s because he’s so young that he doesn’t have the maturity to understand how much money he has right now. I’m guessing we’re going to see some real growth in him over the coming weeks/episodes.
That’s just my opinion naturally.
Lydia Rivers: Ya. And it’s true that not all rich boys in anime are raised to be spoiled. So I think he stands out from the two other main characters by not having an obvious twist on his character type (that we can see right now)
Samantha Ferreira: Yeh.
For now, he seems to be the token straight man, so to speak 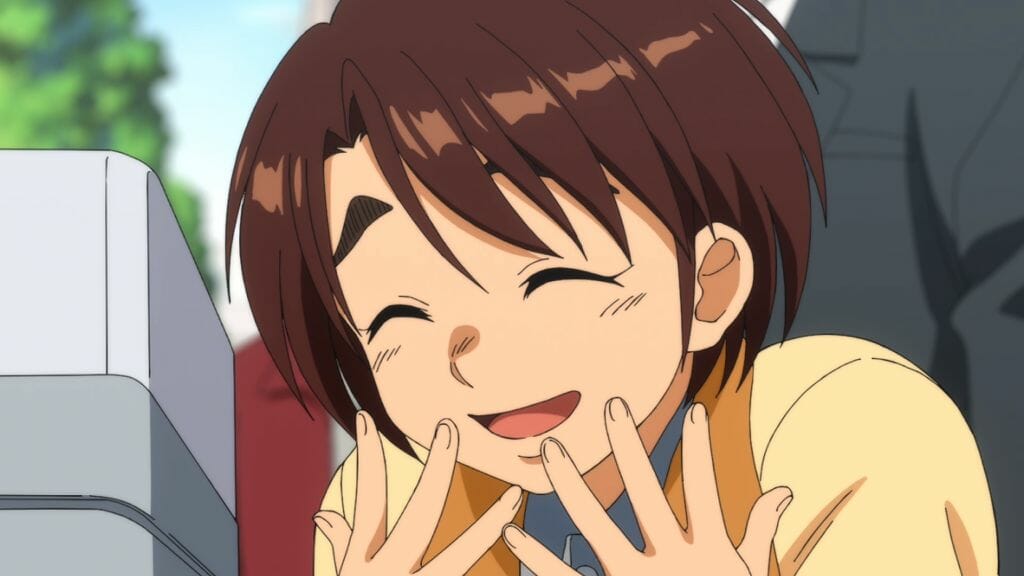 Lydia Rivers: I’m fine with it. I’d adopt him in a nanosecond.
And the others too
But please leave the murder puppets in their boxes
You’ll scare the dog. Thx
Samantha Ferreira: Aw, but they wouldn’t always murder
Aniwho… any final thoughts for this week?
Lydia Rivers: I’m looking forward to next week!
L.B. Bryant: This is going to be a fun one particularly because it means I get to talk to Lydia about anime on a weekly basis again :)
Lydia Rivers: I missed you too, my dear!
I’ll be ecstatic if we manage to like the same shounen for once haha! It doesn’t happen too often.
Samantha Ferreira: Yeh X3
Lydia Rivers: Meanwhile Sam and I have the same mental switches, it doesn’t seem fair!
….Damnit, now I want to go off and imagine what my very own murder puppet would look like.
Samantha Ferreira: …If you do, share it with us! ;D 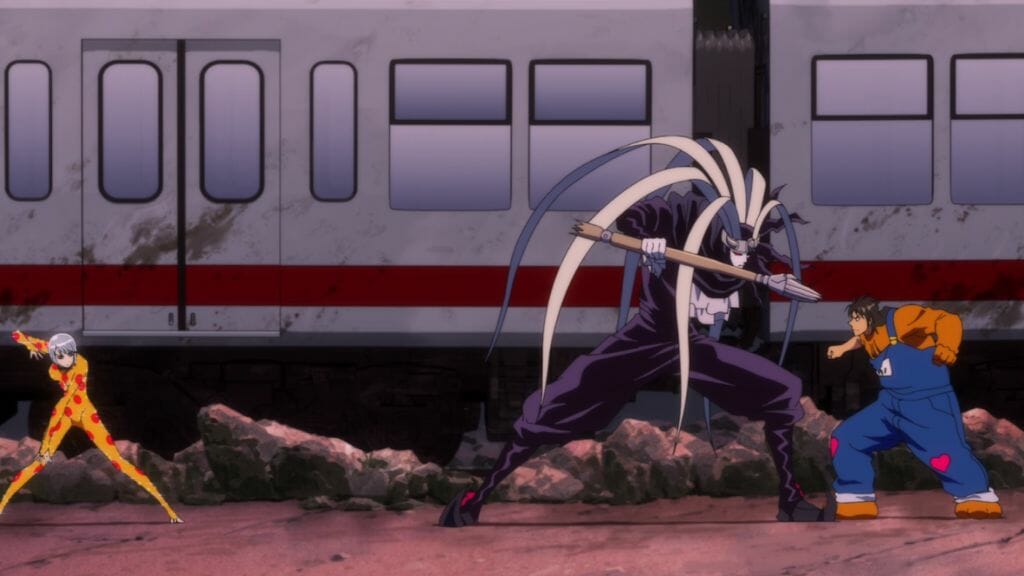 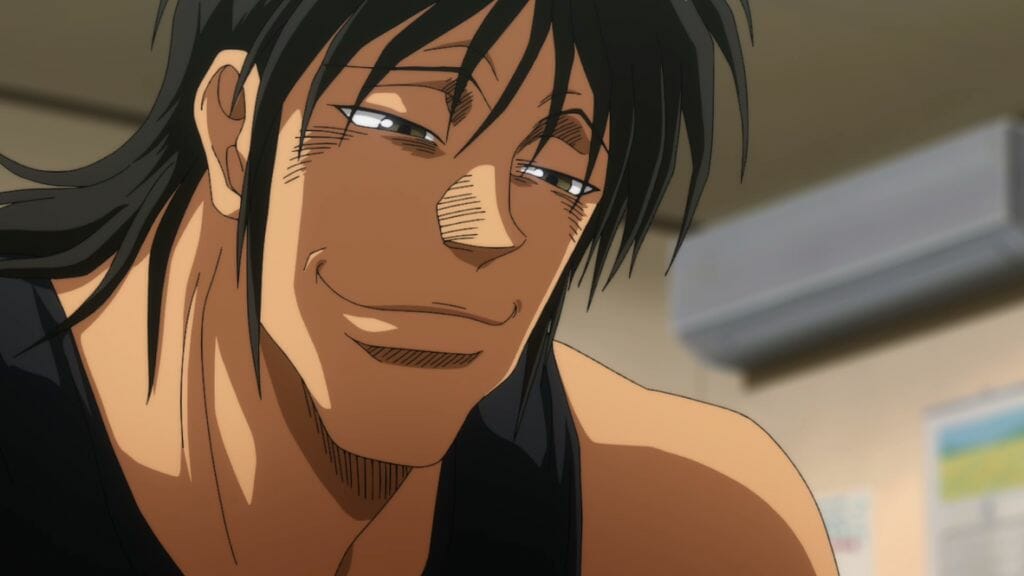 L.B. Bryant: lol I don’t recall but I’ll link you to the podcast when we’re done here.
Samantha Ferreira: This is relevant to the public’s interests. 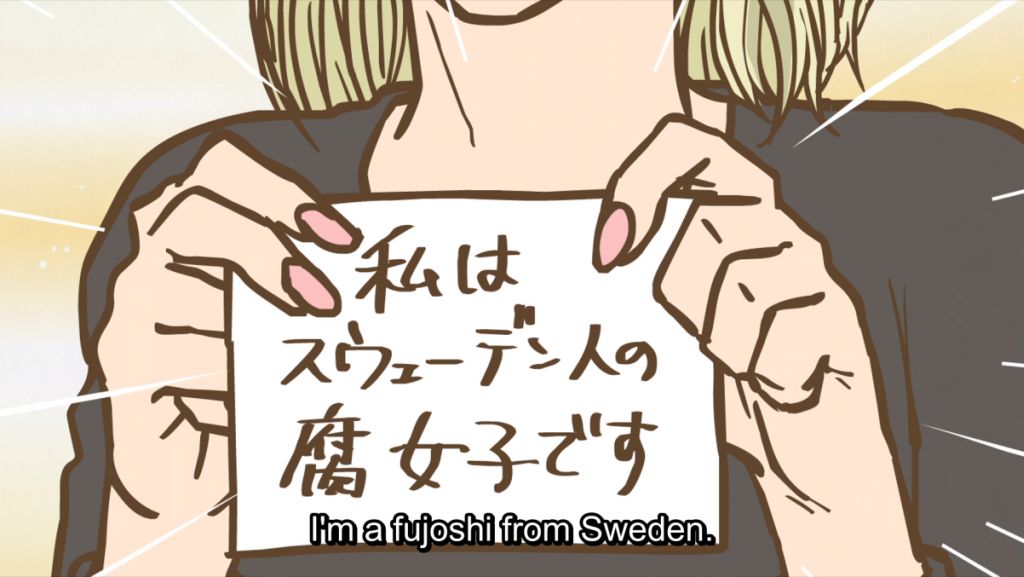 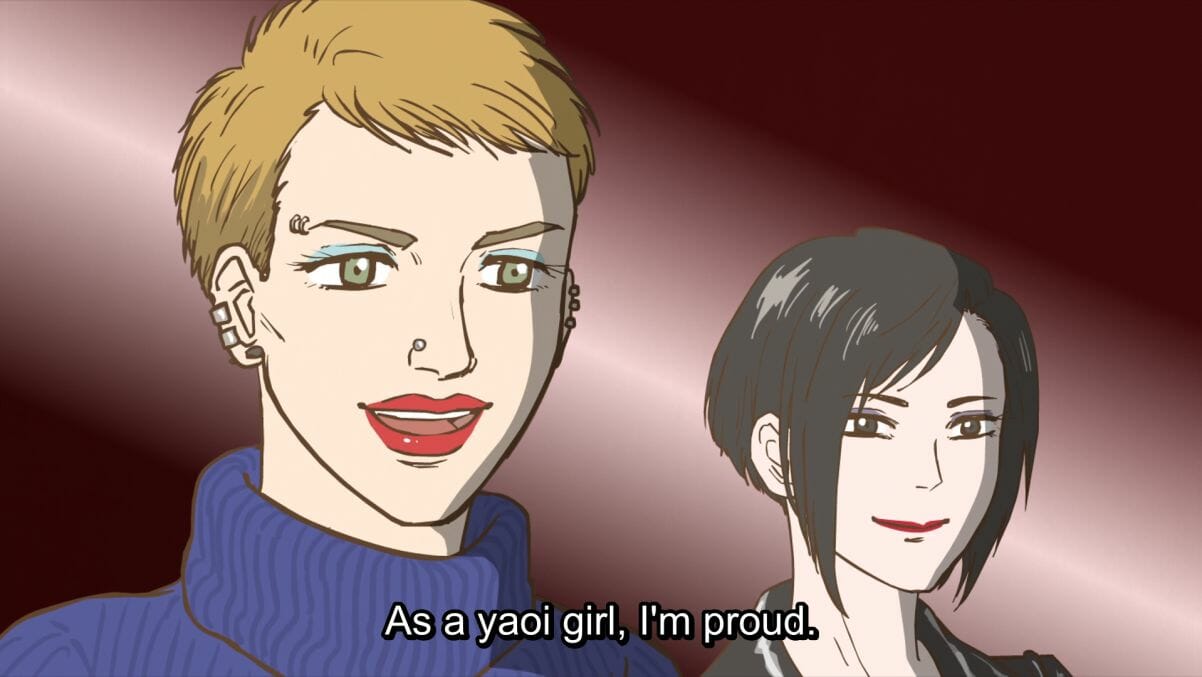 L.B. Bryant: It’s a new series that just started streaming on CR a week ago
Samantha Ferreira: Yeah.
Skull Faced Bookseller Honda-san
Lydia Rivers: Oh, I’m thinking of Handa-kun like a derp!
Samantha Ferreira: X3 no worries. I’ll link you in a bit, but every frame is gold 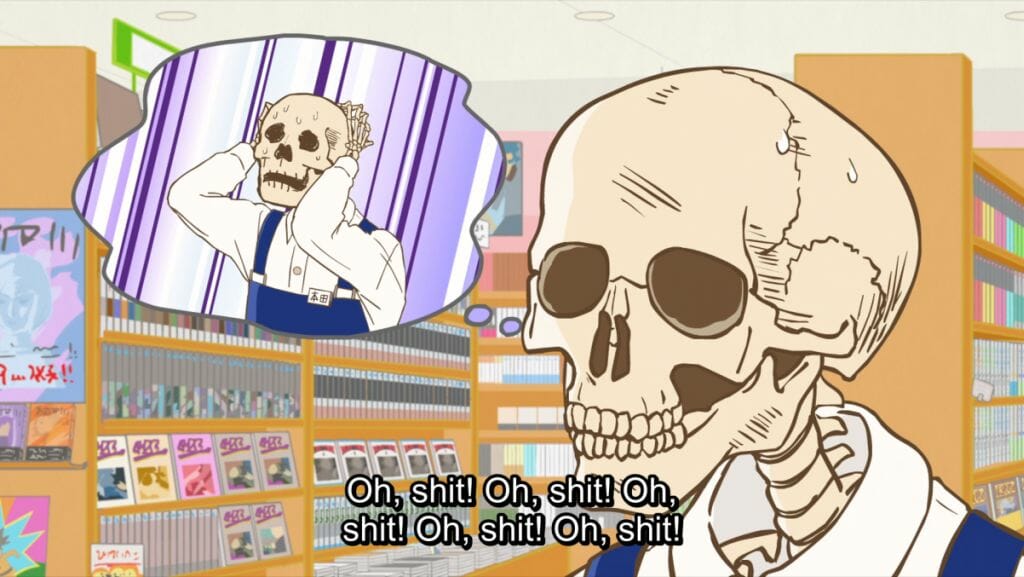 L.B. Bryant: This is my favorite. 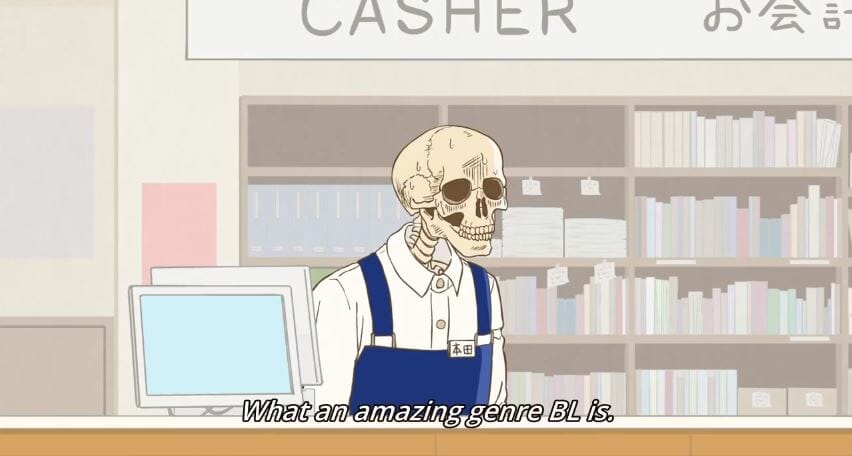 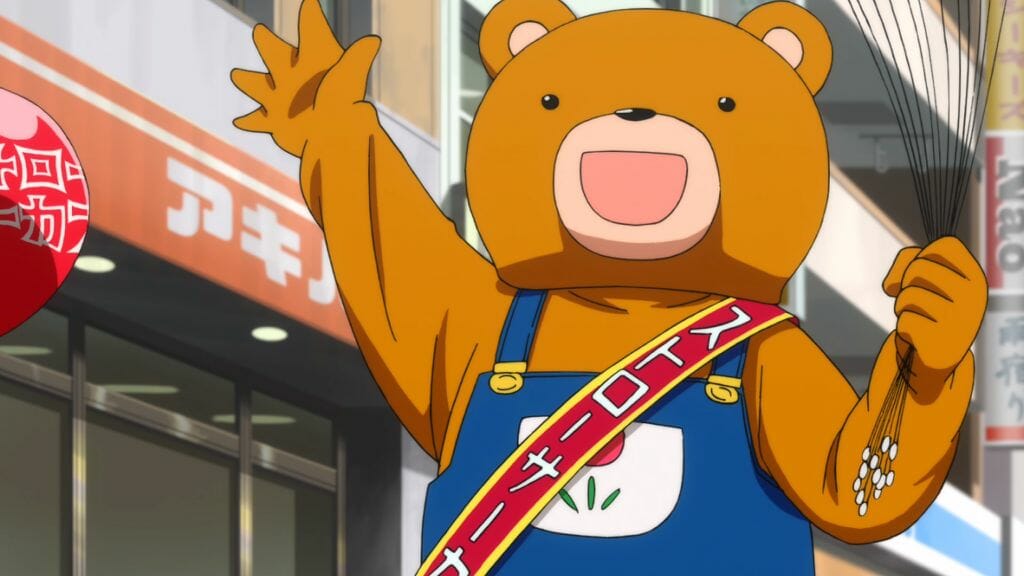