It looks like the Absolution is making one more stop on Saturdays.

Earlier today, Crunchyroll announced that they will partner with Adult Swim’s Toonami block to launch a new half-hour programming slot. The block, which kicks off on October 27 at 11:30PM, will debut with Mob Psycho 100.

Adult Swim started streaming a trailer for the premiere, which you can check out below.

The new block is the second major TV partnership to come from Crunchyroll in 2018. In April, the publisher announced that they would launch an hour-long programming block on Brazilian TV network Rede Brasil.

The first season of the Mob Psycho 100 anime aired in the Summer 2016 broadcast season. Yuzuru Tachikawa (Death Parade) directed the series at studio BONES, with Yoshimichi Kameda (Paroru no Miraijima) providing character designs. Hiroshi Seko (Ajin – Demi-Human, Seraph of the End) was in charge of series composition on the project.

A second season is currently in the works, and on track for January 2019.

Kageyama Shigeo, a.k.a. “Mob,” is a boy who has trouble expressing himself, but who happens to be a powerful esper. Mob is determined to live a normal life and keeps his ESP suppressed, but when his emotions surge to a level of 100%, something terrible happens to him! As he’s surrounded by false espers, evil spirits, and mysterious organizations, what will Mob think? What choices will he make? The anime based on the original story by ONE, the idol of the webcomic world and creator of One-Punch Man, is coming your way with animation by leading animation studio Bones! 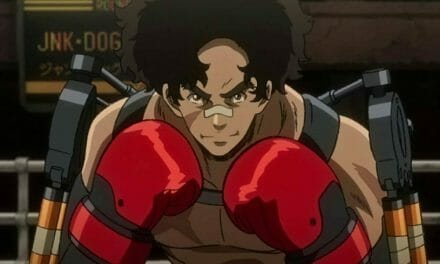