This mecha classic is getting a classy celebration.

The exhibition will feature drawings and production materials that have never previously been revealed to the public.

A series of 1/150 scale model of the Patlabor world will also be displayed, with one appearing at the exhibit, and others being shown at events througout the year. The first confirmed appearances include a summer 2019 presentation at the Diantama Shimbashi Station, as well as the Tokyo Anime Center’s “Animation and Railway Exhibition” venue. 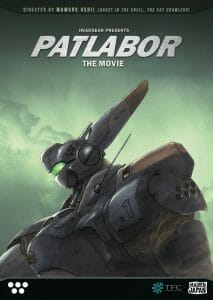