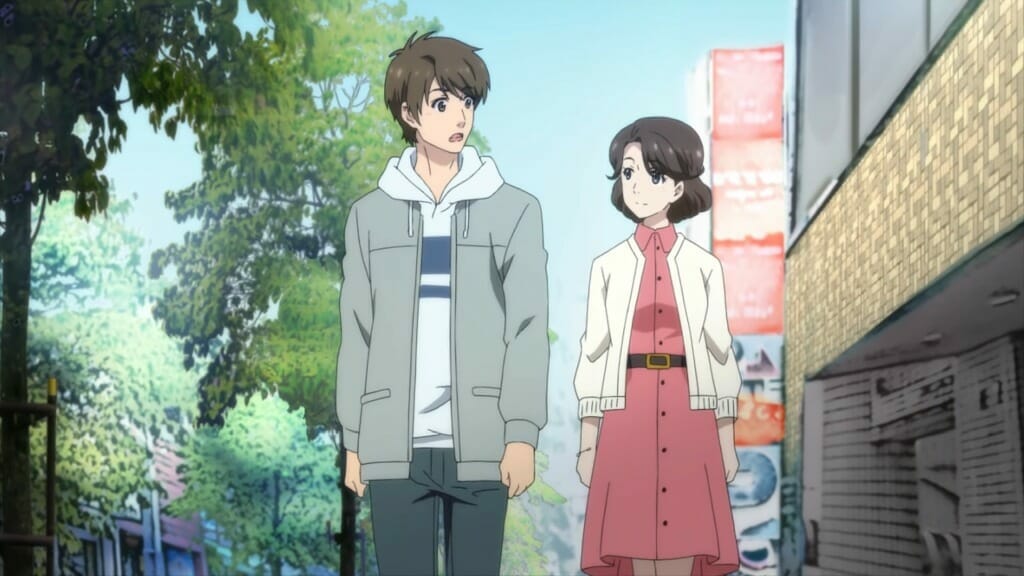 The future is coming, and Soka City wants you in it.

On November 10, Pony Canyon started streaming an original anime short, titled Kimi no Matsu Mirai (Ba Sho) e (Your Future Awaits (At the Station)). The 15-minute picture revolves around Shinta, a Soka City native who’s living in Tokyo. He returns to his hometown in hopes of finding a home for himself and his bride-to-be. There, a mysterious bird brings him and former flame Akiko together. The two explore the city, and all that it has to offer.

Mitsuki Kyūsera is credited with the original work and screenplay, with Kan Fujiyama listed as Producer. Soka City is credited for planning and production.