Earlier today, the official Chihayafuru anime website announced that show’s upcoming third season will air in April 2019, during NTV’s AnichU programming block. The first cast and crew members, along with a teaser visual were revealed. We break the details down below.

The image features Chihaya, Taichi, and Arata standing before a smattering of red maple leaves. Each is holding a karuta card up toward the camera. 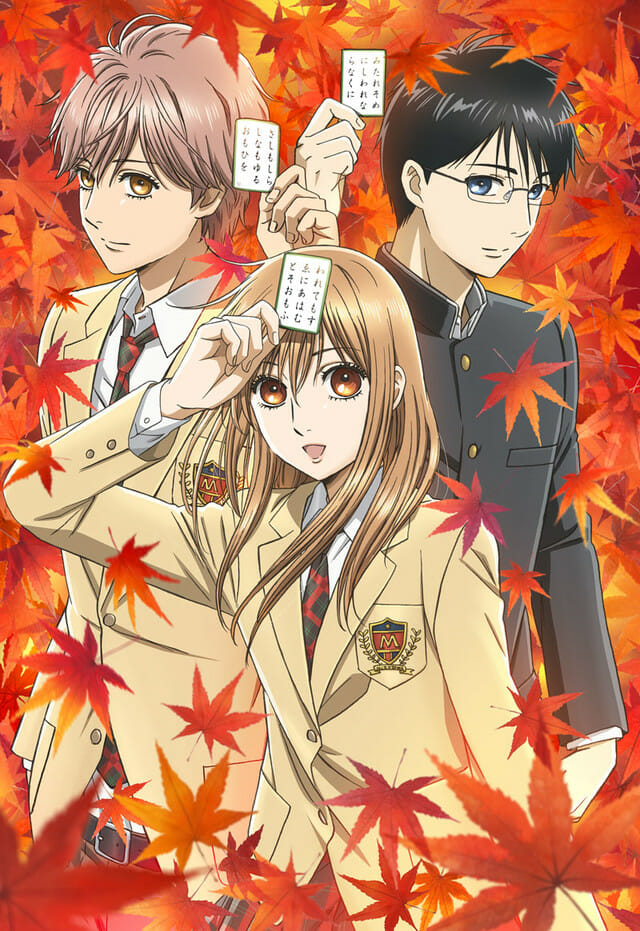 Source: Comic Natalie, Animate Times (Thanks to Brian Auxier for the tip!)