The apocalypse wasn’t quite what I was expecting. There’s a lot more “Netflix” than I would have assumed.

Earlier today, Netflix hosted their “Netflix Anime Lineup Presentation” at Tokyo’s Akiba Theater. During the event, the publisher announced that Yumi Tamura’s 7SEEDS will get an anime adaptation. A key visual was revealed, along with the main cast and crew members. We break the details down below.

The image features the members of Summer Group B standing on a cliff, that’s been reclaimed by wilderness. 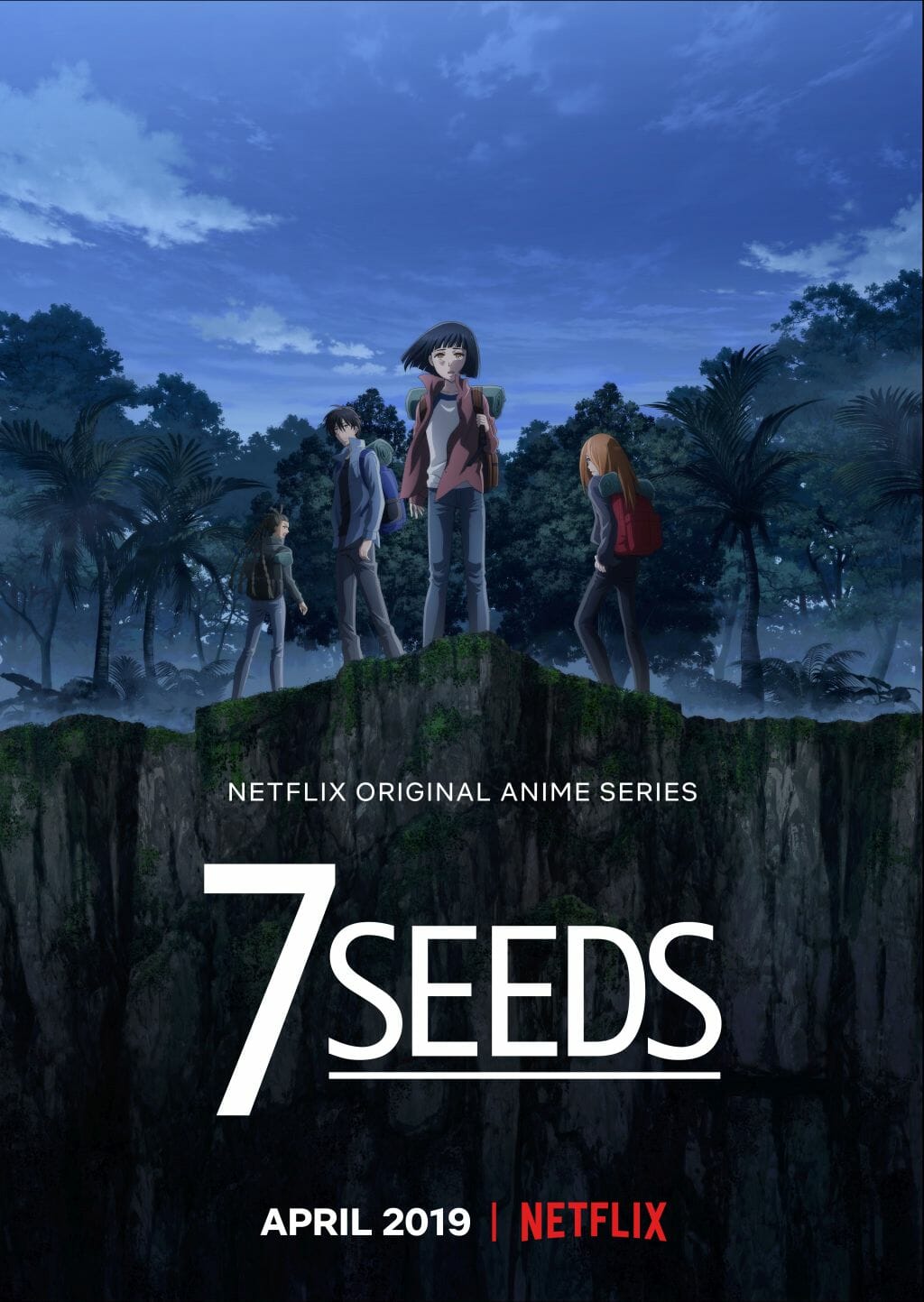 Though specific roles haven’t been named, all of the characters will be part of Summer Group B.

Yumi Tamura’s 7SEEDS manga launched in the pages of Shogakukan’s Betsucomi in November 2001, before moving to Flowers. The series ran through July 2017, spanning 35 compiled volumes.

In the immediate future, a giant meteorite has collided with earth. All living organisms, including mankind, have been wiped off the face of the planet. The government, who had foreseen this outcome, took measures to counter the worst-case scenario called Project 7SEEDS, in which five sets of seven young men and women were carefully selected and placed into teams. Each participant sought ways to survive on a deserted island.