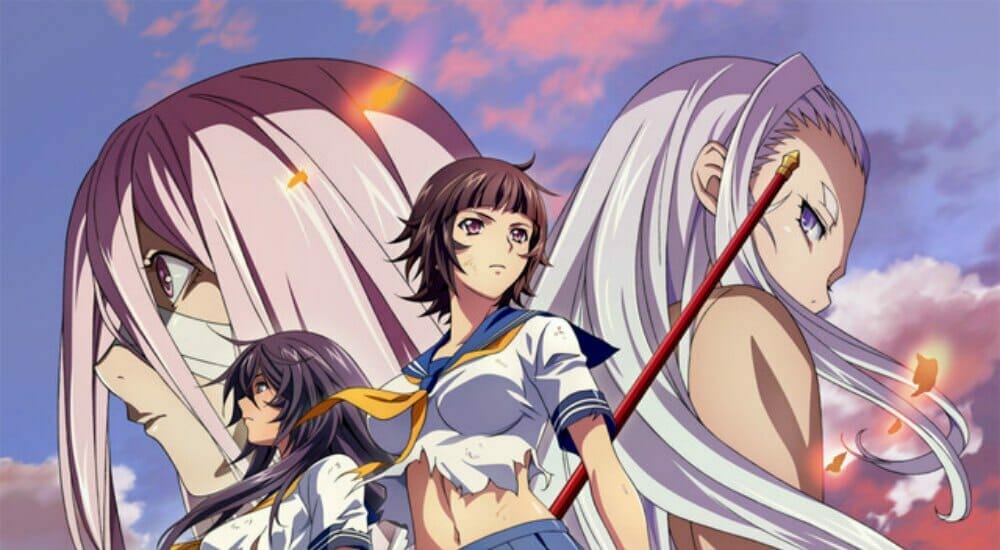 Not to be mistaken for Buster Wolves.

The two-minute teaser features a series of rapid animation cuts interrupted by explanatory text, which offer a look at the major characters who will appear in the OVA and major action sequences.

The image features three of the show’s female leads standing in their street clothes on a reflective surface.

Ikkitousen: Western Wolves will run for three monthly episodes, with the first hitting stores in January. AT-X will air each episode on their network as they’re released, though specific premiere dates have yet to be announced.

All of the roles, save Ami Koshimizu’s, are reprising their parts from previous installments.

The title has gone on to spawn four anime TV series, as well as three OVA projects. The latest anime title, Ikki Tousen: Extravaganza Epoch, was a two-episode OVA that hit stores in 2014.

Funimation holds the rights to the first four seasons of the Ikkitousen anime. They describe the fourth series, Ikki Tousen Xtreme Xecutor, as:

Get pumped for a new season of Ikki Tousen! Full-frontal fights busting out between student bodies in warfare! Round four of the titillating action epic delivers double the ditz when the master of school uniform disasters gets a disciple!

Word of a tournament gets around, and Hakufu’s ready to rumble. But training a pupil is tiring work — and catching some random ZZZs puts a delay on her dreams of combat conquest.

When a sinister force sabotages the rival schools into submission, the warriors’ fates reveal themselves in gravity-defying fisticuffs. Can Hakufu muscle her way to victory and save her friends from repeating their fatal past? Only the power of the dragons can tell!