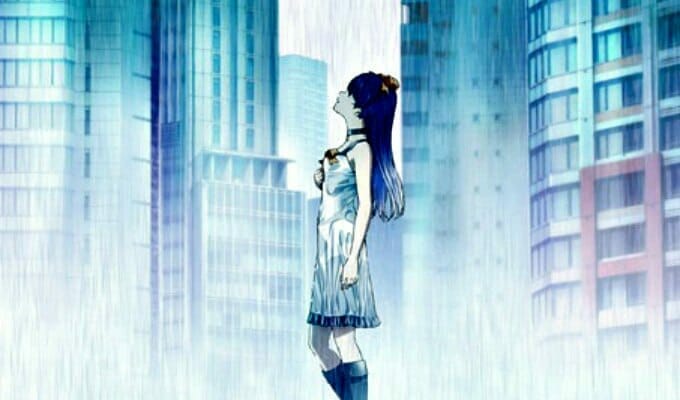 For a ruined city, there are a lot of people milling about!

The 75-second teaser introduces the core concepts of the plot, and what led the city to annihilation. Theme song Swallowtail Butterfly ~Ai no Uta~ by Kana Hanazawa kicks in as a background track at the 21-second mark.

The new visual features Yuki and Takuya, riding along the beach on a motorbike.