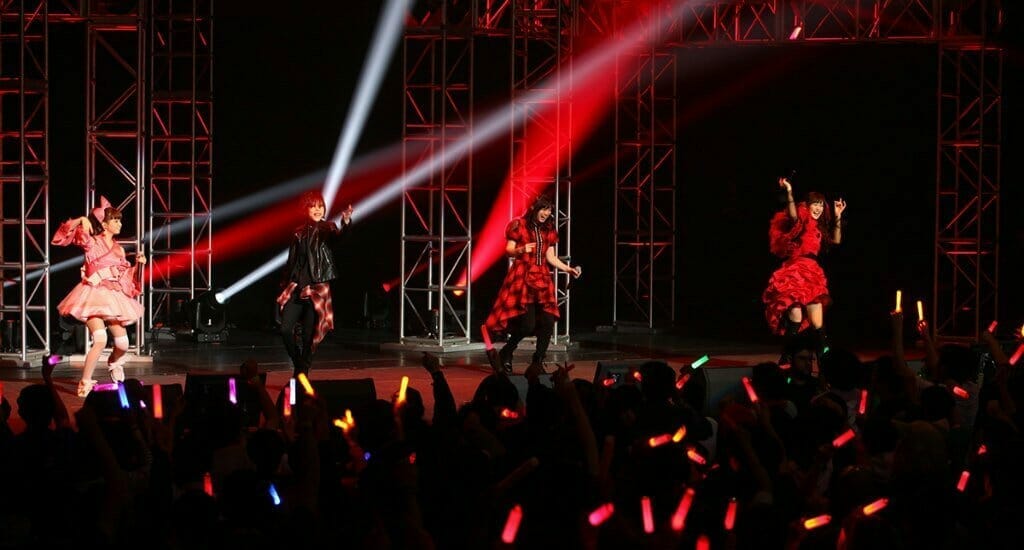 Anime NYC 2018 has come and gone in a blaze of glory. In 2017, there was some uncertainty as to just how big Anime NYC was going to be. Those doubts removed in 2018. Retailers and production companies sent their best to cater to the 36,000+ attendees, and the expectation is that Anime NYC is going to continue to grow going forward.

Which brings us to the Hammerstein Ballroom.

The Hammerstein Ballroom is a fairly short walk from the Javits Center. It has some of the best acoustics in the city, as it was originally designed for opera. The venue proved to be a perfect location to host Anisong World Matsuri at Anime NYC 2018.

Night one was headined by nano, Konomi Suzuki, True, and Luna Haruna. They came out as a group, and opened up with Akino’s Sousei no Aquiarion (Genesis of Aquarion). It was an excellent choice, as the song allowed all four artists to shine, and to show what they could uniquely bring to stage.

Afterwards each of the artists took a few moments to introduce themselves. While she wasn’t the official MC, nano partially took over that role as she’s fluent in English. When she said “This is my home city, I grew up here.” I had to do a little fist pump.

nano was also the first one up with a solo performance. She opened her set with the banger No Pain, No Game (Btooom!). It was a rocking start (nano asked the audience if they were ready to scream!). She followed with her hit Nevereverland (Ark IX).

For her final song of her solo set she asked the audience to sing the chorus. She said that “This is a song I’ve always wanted to perform overseas.” Our anticipation was quite high for Freedom Is Yours. It packed an emotional impact and was great way to close out the set.

Konomi Suzuki joined nano on stage for a collaboration performance of nano’s Born to be (Magical Warfare/Mahou Sensou). It looked like Suzuki was having the time of her life, as she rapped and just let herself run wild. We’d heard her timing skills of Cyber Thunder Cider, but watching her match nano’s power was impressive. It elevated Born to Be to the next level, and was one of the treats of Anisong World Matsuri at Anime NYC 2018.

After the collaboration finished Konomi Suzuki spoke with the crowd. She shared that her nickname was “Konomin” and that this was her first visit to New York. She opened up her set with Ao no Kanata (Sora to Umi no Aida, Between the Sky and Sea). She followed up with a song she wrote for her mother, Weak and Brave. Susuki added “Listen to this song while thinking of the person who’s special to you.”

Suzuki finished her set with Redo (Re:ZERO -Starting Life in Another World-). Afterwards, TRUE joined her for a collaboration performance of ZAQ’s Sparkling Daydream (Love, Chunibyo, & Other Delusions! / Chuunibyou demo Koi ga Shitai!) Watching them perform together gave me flashbacks to 2017’s Anime Diva Night Powered by Anisong World Maturi at Anime NYC. It was an anime moment, not just because they were singing anime songs, but because it was a concert event with two singers who had such stage presence and iconic fashion sense. It’s become clear to me that the magic of Anisong World Matsuri isn’t just its ability to bring a collection of stars to perform around the world. It’s the way it allows these artists to perform together in collaborations that exist purely in the moment. More on this shortly.

TRUE opened her solo set with Sincerely (Violet Evergarden). After the song, she thanked the crowd, stating “I’m so happy to be back in New York.” She followed up with STEEL-Tekketsu no Kizuna- (Mobile Suit Gundam: Iron-Blooded Orphans).

I was a little surprised when she closed her set with Another Colony (That Time I Got Reincarnated as a Slime). I had no idea that show was going to be so popular. The late William Goldman (The Princess Bride) famously said that “Nobody knows anything…… Not one person in the entire motion picture field knows for a certainty what’s going to work. Every time out it’s a guess and, if you’re lucky, an educated one.”

You never know what is going to hit it big, or what will flop. That’s true in Hollywood and it’s true in anime, which is why it was such a pleasure to see TRUE surprise me in New York. The audience absolutely loved it.

Luna Haruna joined TRUE onstage. They performed Yōko Hikasa’s Don’t say “lazy” (K-ON!) Both performed the song so naturally that it could easily have originally been written for (or by) either of them.

Luna Haruna began her solo set with the cheerful Momoiro Typhoon (Yuuna and the Haunted Hot Springs). She followed with the familiar Startear (Sword Art Online II). Haruna closed out her show with Kimiiro Signal (Saekano: How to Raise a Boring Girlfriend).

nano joined Luna Haruna onstage for an amazing performance of T.M. Revolution’s INVOKE (Mobile Suit Gundam SEED). The combined range between the two of them was something to behold.

After the song finished, nano had some fun speaking with the audience. She pointed at Haruna, saying “So cute,” and then at herself to say “So black.” She mentioned that the performers got to choose their own collaboration pieces, and that Invoke was a cool choice. The crowd heartily agreed.

nano stuck around onstage for a performance of Utsushiyo no Yume (Kakuriyo: Bed & Breakfast for Spirits). The use of traditional Japanese instruments reminded me a bit of Wagakki Band.

Konomi Suzuki followed with a performance of This game (No Game, No Life). I have distinct memories of the crowd singing along word for word.

TRUE kept the hit train rolling with DREAM SOLISTER (Sound! Euphonium). I have a particular fondness for anime about music, so this was a favorite of mine.

At this point, all the performers returned to the stage. The crowd was psyched for the final song. They were not disappointed and roared at the first notes of God Knows… (The Melancholy of Haruhi Suzumiya).

For those of you who would like to see a live show at Hammerstein Ballroom, Perfume is performing there on March 30th.

I want to take a moment to thank nano for speaking with us before Anime NYC.

Special thanks to Resonance Media and Anisong World Matsuri, as well as Anime NYC.

Konomi Suzuki
6. Ao no Kanata (Sora to Umi no Aida)
7. Weak and Brave
8. Redo (Re:ZERO -Starting Life in Another World-)

TRUE
10. Sincerely (Violet Evergarden)
11. STEEL-Tekketsu no Kizuna- (Mobile Suit Gundam: Iron-Blooded Orphans)
12. Another Colony (That Time I Got Reincarnated as a Slime) 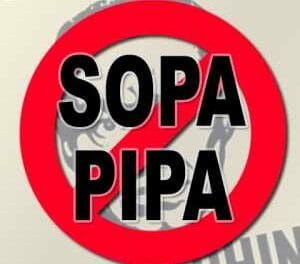