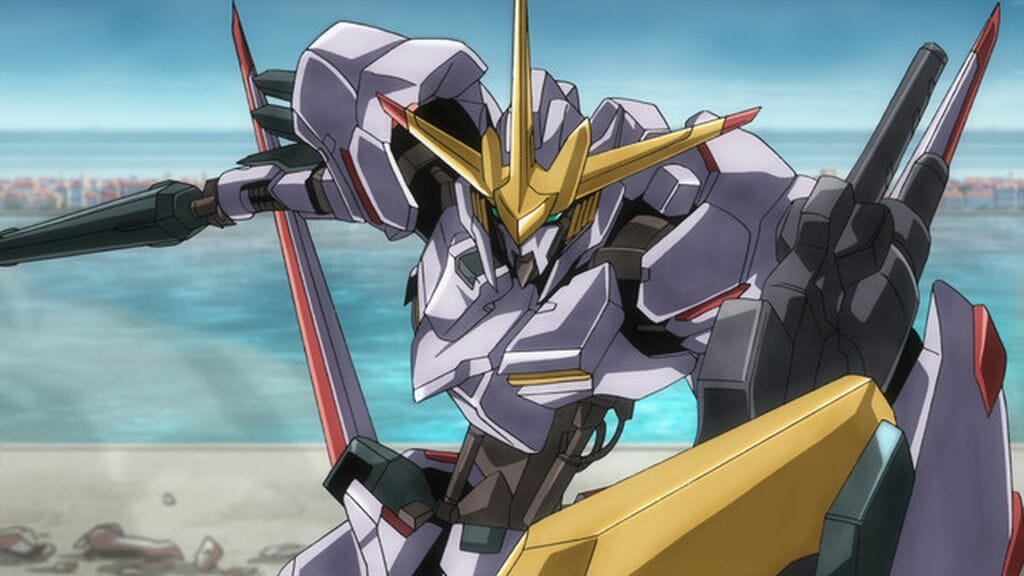 Earlier today, the staff behind Mobile Suit Gundam: Iron-Blooded Orphans announced that a spinoff project is in the works. An official website opened for the project, titled Gundam Iron-Blooded Orphans: Urðr Hunt, which will include a smartphone app and an in-app anime series.

The game will be a free-to-play app, which will launch on Android and iOS at a to-be-determined future date.

We break the details of the anime project down below.

The two-minute trailer offers a look at the major characters and Mobile Suits, the scene cuts between character shots and action segments.

The iamge features the Gundam Hajiroboshi, ready for action in the orbit of a planet. Wistario Afam floats in front of the Mobile Suit, facing a ring.

Tatsuyuki Nagai (anohana: The Flower We Saw That Day, My-HiME) will direct the anime at Sunrise, with Michinori Chiba (Mobile Suit Gundam 00, Mobile Suit Gundam AGE) providing character designs. Hajime Kamoshida (Just Because!) is in charge of series composition for the project.

All of the confirmed staffers except for Hajime Kamoshida worked on the original project. Mari Okada handled series composition for the Iron-Blooded Orphans TV series.

Visuals for the major characters were revealed, which you can check out below.

The series will be set in PD 323, and placing its events parallel to the main anime. In the series, political meddling in the Arbrau Central Parliament by Gjallarhorn has escalated to full-on armed conlfict. Battles were waged using Mobile Suits, though a group of Martian youths known as Tekkadan were able to bring an end to the bloodshed.

The tales of these events have reached far and wide, finally reaching the Radonitsa Colony that orbits Venus. Venus is a remote planet, which ceded a terraforming rivalry to Mars. The planet is now seen as remote, to the point that the four major economic blocs have shown little interest in developing it. The planet, instead it’s treated as a region to exile criminals, and its citizens don’t even carry IDs.

Wistario Afam, a native of the Radonitsa Colony, hears words of the Tekkadan, and longs to bring about change to his home. One day, a girl appears before him, who claims to be the guide to the Urðr-Hunt.

Funimation currently holds the rights to Mobile Suit Gundam: Iron-Blooded Orphans. They describe the series as:

When Mikazuki Augus, a young member of a private security company known as the CGS, accepts a mission to protect a young woman seeking to liberate the Martian city of Chryse from Earth’s rule, he sets off a chain of events that threatens to send the galaxy back to war.