On January 19, the official Twitter account for the Rascal Does Not Dream of Bunny Girl Senpai movie, titled Seishun Buta Yarō wa Yume-Miru Shōjo no Yume wo Minai (The Young Pig-Rascal Isn’t Dreaming of a Dreaming Girl), updated with a new teaser trailer. The 48-second spot cuts between animated segments that focus mainly on the female cast members, as Inori Minase sets the stage as narrator. 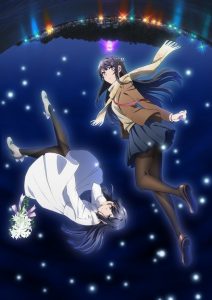 The film will adapt the sixth and seventh volumes in the ongoing “Bunny Girl Senpai” novel series.

The Rascal Does Not Dream of Bunny Girl Senpai anime TV series aired in the Fall 2018 broadcast season. Aniplex of America currently holds the rights to the show, which they describe as: