Earlier today, the official Mix anime website updated with a new key visual and cast member. We break the details down below.

The image features Tōma, Sōichirō, Otomi, and Haruka laying on a green field, as cherry blossom petals drift from above. 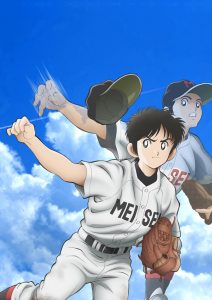