Earlier today, Funimation took to Twitter to announce the second member of the Fruits Basket English dub cast. The series will add the following:

Vale is reprising his role from the 2001 TV series. 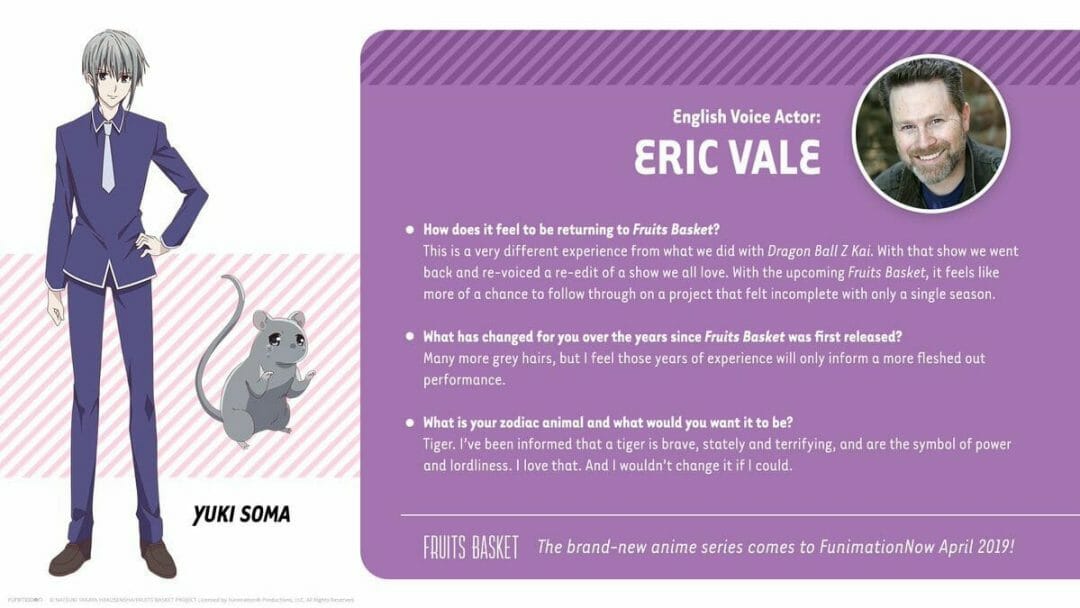 Caitlin Glass will direct the adaptation. Laura Bailey is reprising her role from the 2001 TV series.