Earlier today, the official Twitter account for the 2019 Fruits Basket anime announced the fourth member of the Fruits Basket English dub cast. The series will add the following:

Vale is reprising his role from the 2001 TV series. 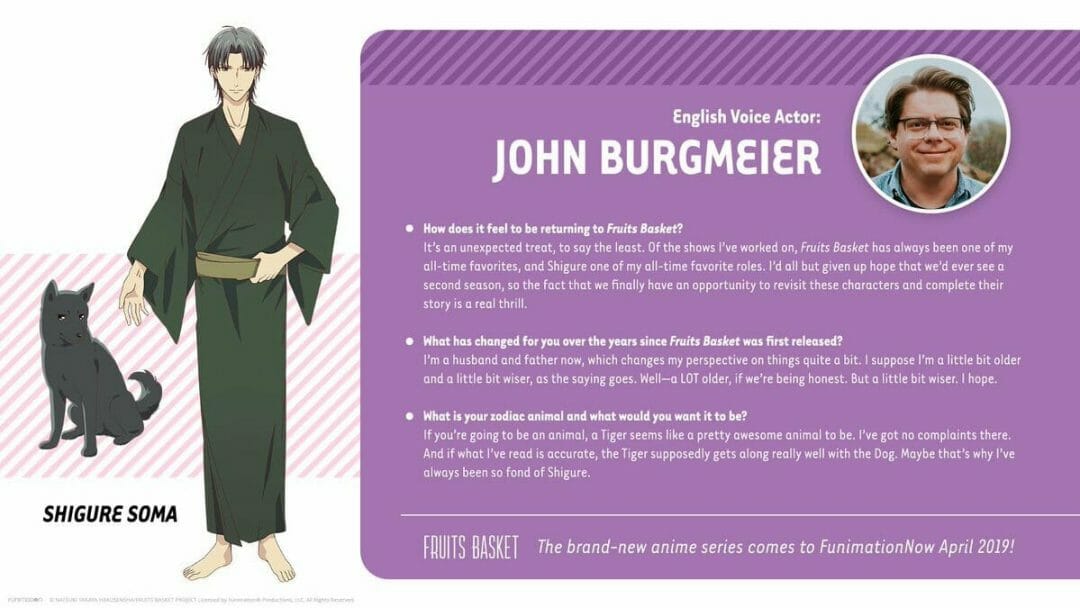 Caitlin Glass will direct the adaptation. Bailey, Vale, and Jewell are reprising their roles from the 2001 TV series.