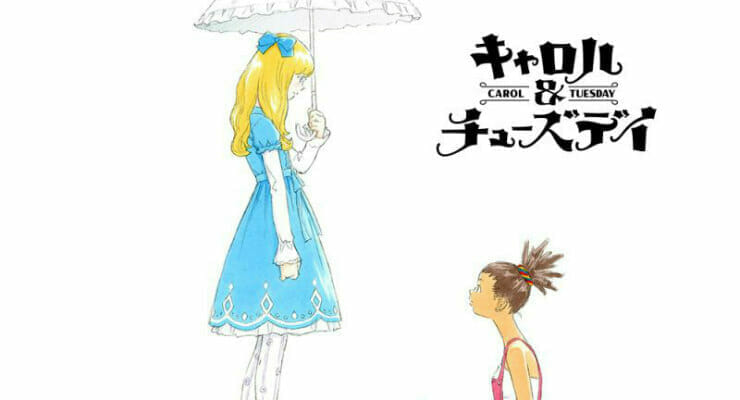 Earlier today, the official Carole & Tuesday anime website updated with a new trailer and visual, as well as the main voice cast for the show. We break the details down below.

The 103-second promo focuses on the titular Carole and Tuesday, which are shown in cutaways from a jam session between that the two girls are hosting. At the one-minute mark, a vocal theme kicks in as the animation shifts to other members of the cast.

The image features the main characters, posing with their instruments against a white background. 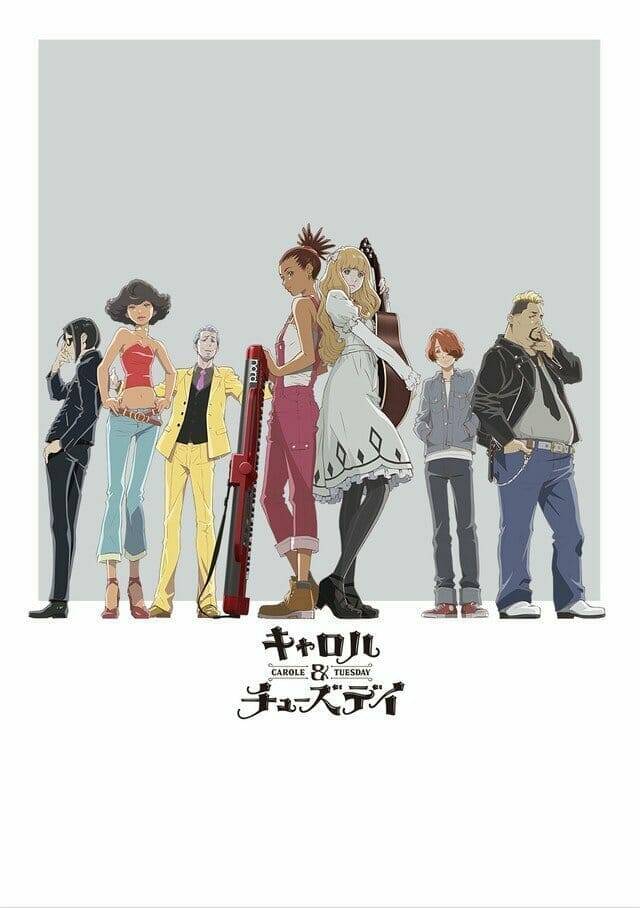 Carole & Tuesday will hit Japanese TV on April 10. The show will air on Fuji TV’s Plus Ultra block. 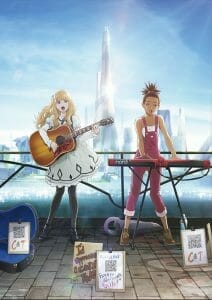 Studio Flying Dog will tackle music production for the project.

Fifty years have passed since mankind began migrating to the new frontier: Mars. It’s an age where most culture is produced by AI, and people are content to be passive consumers. There’s a girl. Scrapping a living in the metropolis of Alba City, she’s working part time while trying to become a musician. She’s always felt like something is missing. Her name is Carole.

There’s a girl. Born to a wealthy family in the provincial town of Herschel City, she dreams of becoming a musician, but nobody around her understands. She feels like the loneliest person in the world. Her name is Tuesday.

A chance meeting brings them together. They want to sing. They want to make music. Together, they feel like they just might have a chance. The two of them may only create a tiny wave. But that wave will eventually grow into something larger…