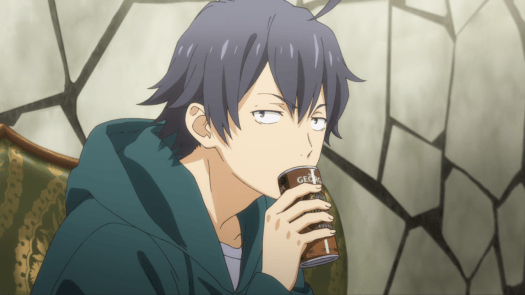 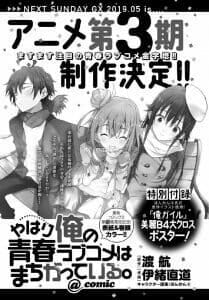 It’s been four years since we’ve last seen an anime adaptation of Yahari Ore no Seishun Love Come wa Machigatteiru. (aka Oregairu aka My Teen Romantic Comedy SNAFU) but earlier today it was revealed that a third season of the teen romantic comedy has been greenlit. No further details were provided.

Adapting the light novel series of the same name created by Wataru Watari, the series got its first taste of anime life with a 13 episode first season which premiered in April 2013. This season was produced by Brain’s Base with Ai Yoshimura in the director’s chair That was followed up by a 13 episode second season in April 2015 produced by feel. with Kei Oikawa in the director’s chair. It’s anyone’s guess if the third season will be produced by another new studio but we’ll keep you updated as new information is released.