On April 5, Aniplex of America started streaming an English dub trailer for The Promised Neverland. The minute-long promo is narrated by Ray, Norman, and Emma as the dark world of the show is introduced.

The trailer also confirms the show’s dub cast. The adaptation, which is being produced by Bang Zoom!, will be directed by Steve Staley. The series will star the following: The Promised Neverland‘s English dub will launch on Toonami on April 13. 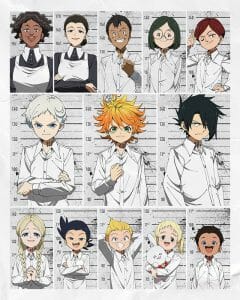