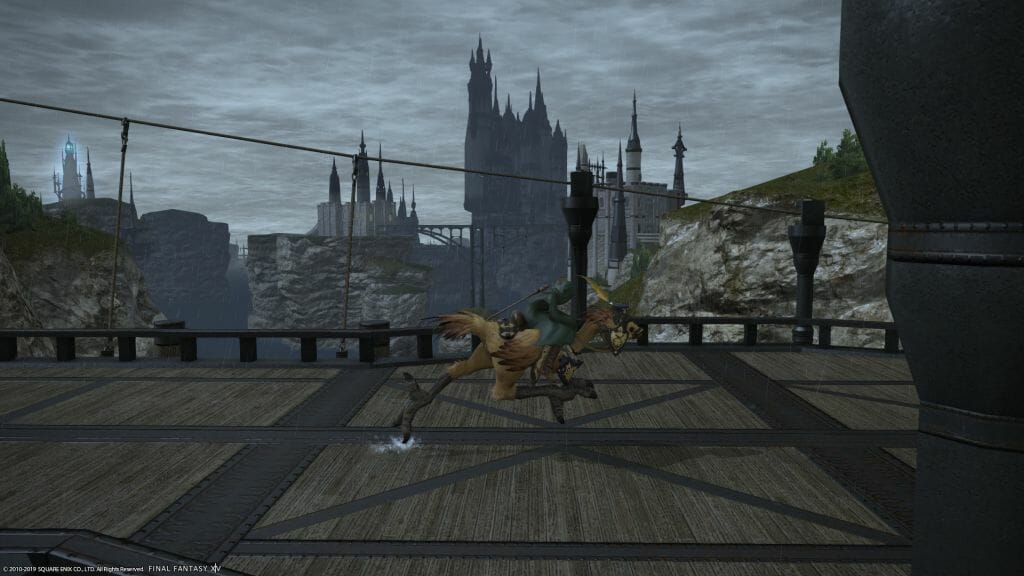 Today was my second in Limsa Lominsa, where mon “lay over” continues. And, much like yesterday, I am feeling the overwhelming potential washing over me once more.

I started my day in the city, walking along the glimmering chemins blancs and watching as travelers zoomed by. As I wandered, I passed the time running errands for the locals, learning the lay of this ville charmante, and beyond. One fille wanted lamb meat. Another asked me to fill the streetlamps while she helped guide visitors.

Slowly, I made my way to the docks, where I heard chattering and splashing. I looked over and saw un homme casting out to catch his supper. I smiled a little, and wondered if I could do the same. Alors, rather than wonder, I asked the Fisherman’s Guild! One thing led to another, and, somehow, I am a member of yet another guild! (We… won’t discuss how I also ended up members of the smithy and armory guilds. Mon dieu, the people. They need help) 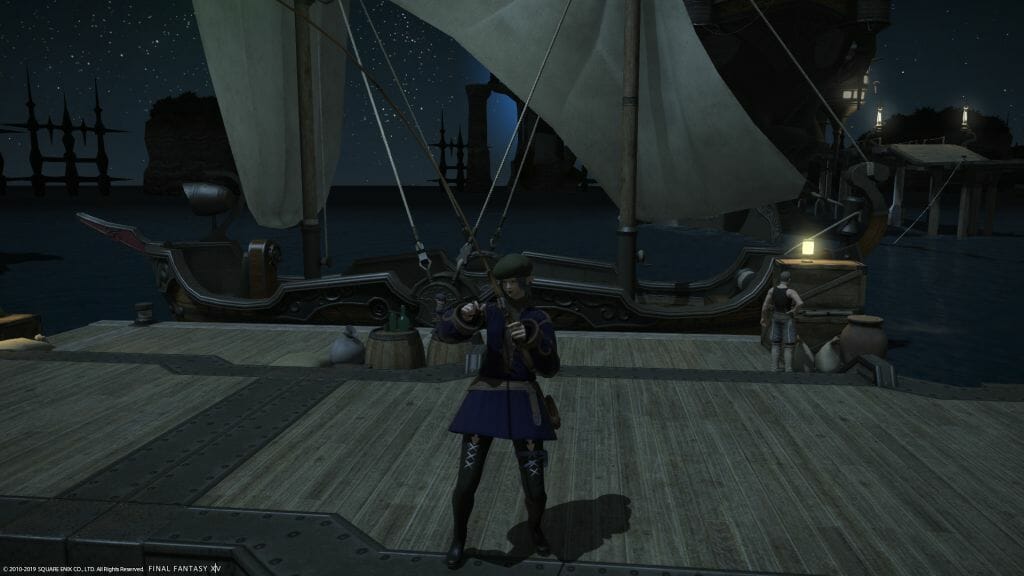 There was a certain… je ne sais quois to fishing that I did not describe. I couldn’t help but relax with the sound of the waves, and smile with excitement as I pulled in anchovies and shrimps! Alas, I did need to move on before long. I wanted to see some more of this charming land before I was whisked away to my next locale. 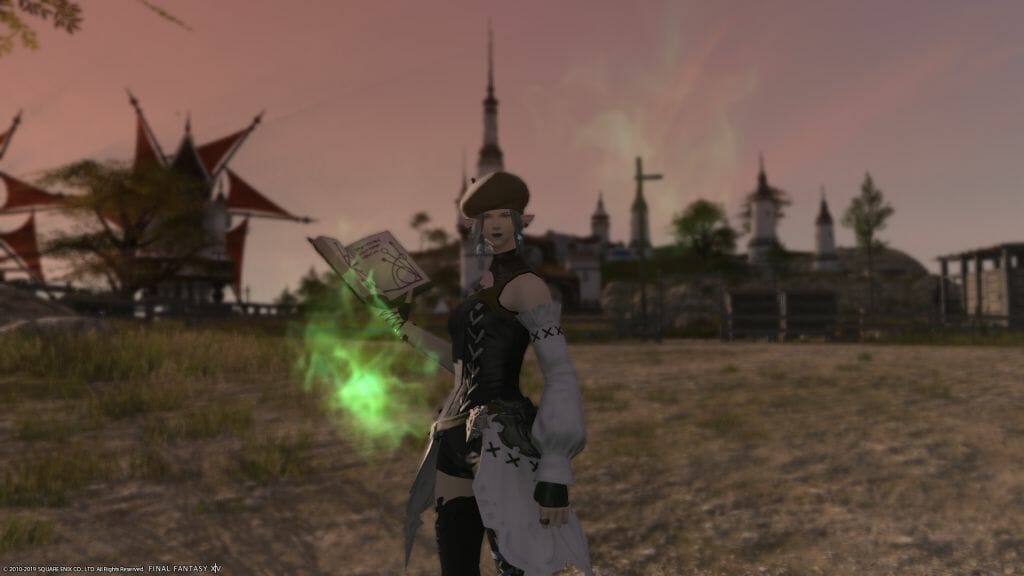 Taking a walk outside, I made my way to un charmant village agricole, where I heard a man talking angrily. He asked me to visit a place called “Mist”, where land was apparently for sale?

I hurried to the entrance, where un homme explained nicely that land was for sale for adventurers! Quelle chance! Upon looking at the prices, though, I immediately grew pale. Three million gil for one small plot? Mon dieu! I would have to work for ten years to make half of that! 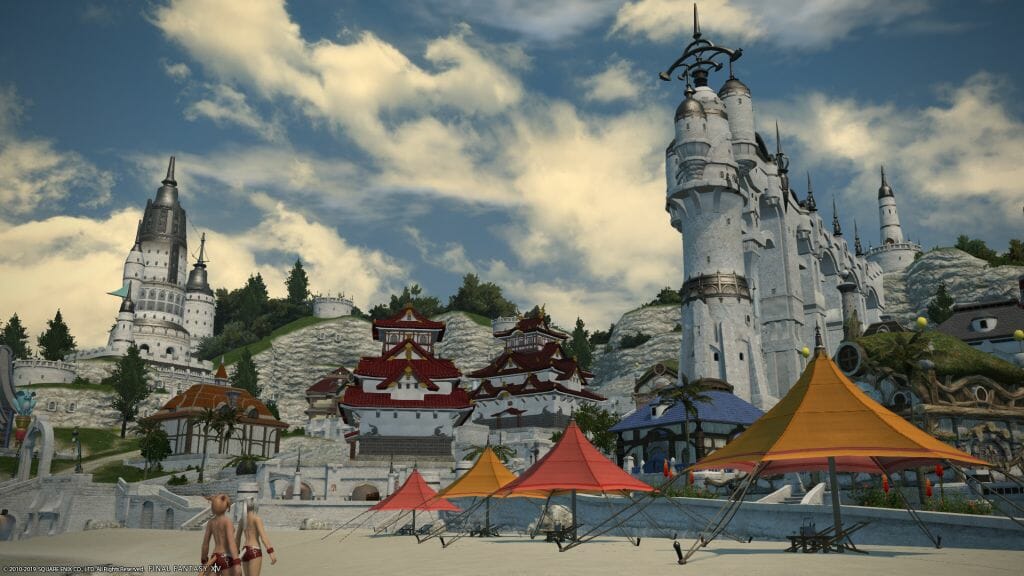 Saddened, I trodded back to the man, and explained what I learned. We shared a moment together, knowing we would not be owning homes soon, before parting ways. Upon returning to Limsa Lominsa, I was stopped by Dodozan, un petit homme who was looking for a missing cask of ale. He asked me to track it down. I followed the clues to the wharfs, speaking with the fishermen along the way, before I was sent to un grand navire, where I heard the laughter of… pirates. Very drunken pirates, who were… dancing?

I don’t know either, but one thing led to another, and I was suddenly dancing with them! They even paid for the drink that they had stolen! 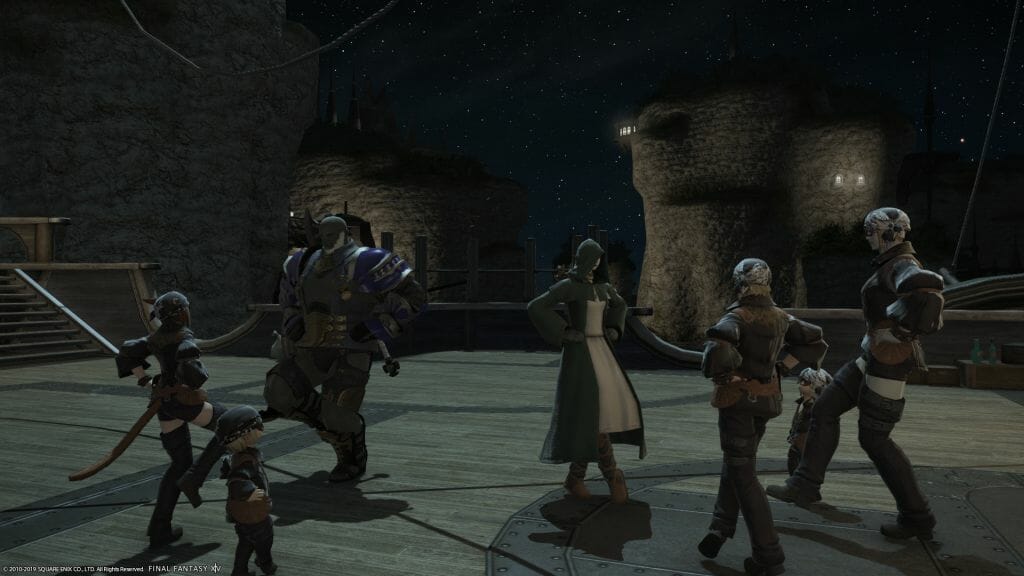 This town… there is something magical about it. It will be a shame to leave tomorrow, when my “lay over” ends, and I am to return back home to Gridania. It will be sad to go, but I look forward to seeing the forests once more after so long.

So, today was dedicated toward mopping up the last few major guild quests, for the most part, and getting a lay of the land around Limsa Lominsa. While I do want to spend a bit more time here, I also want to open the path to Gridania, which should allow access to the final handful of jobs for the base game.

Of course, as they say, this is just the beginning. To my knowledge, there is a ton of story content to tackle, and I’ve already bypassed close to forty roving quest markers. That’s to say nothing of entire mechanics that have yet to be unlocked, from the toy chest, to the Retainers, to the Market Board. Final Fantasy XIV, as a game, is certainly massive and complicated. Still, it holds the player’s hand every step of the way, allowing them to get a feel and a mastery of things before throwing the next bunch of mechanics out.

It seems frustrating at the outset, but I’ve really come to appreciate this, as I’d likely be wondering why the heck certain mechanics worked the way they did if I was just given a brief tutorial box and a “have fun.” You can see this same philosophy running through the game’s many quests, which serve to usher players toward certain objectives, or even entire job lines. The streetlamp quest that I mentioned previously doubled as a guide to the Fisherman’s Guild, which is somewhat out of the way, compared to the main areas. It’s little touches like this that really make me marvel at the care and attention that seems to run through every square inch of this game. 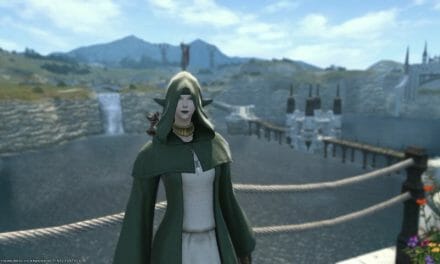 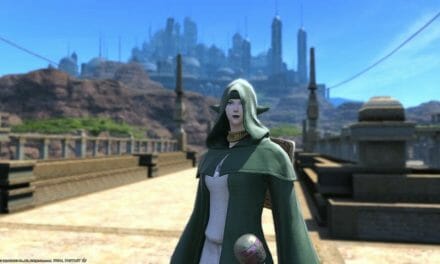 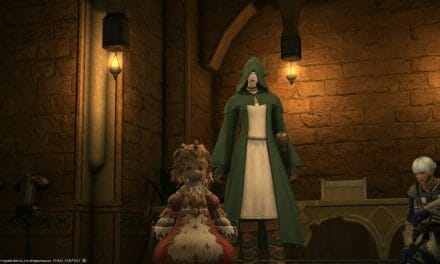 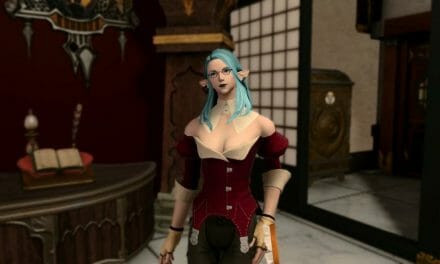