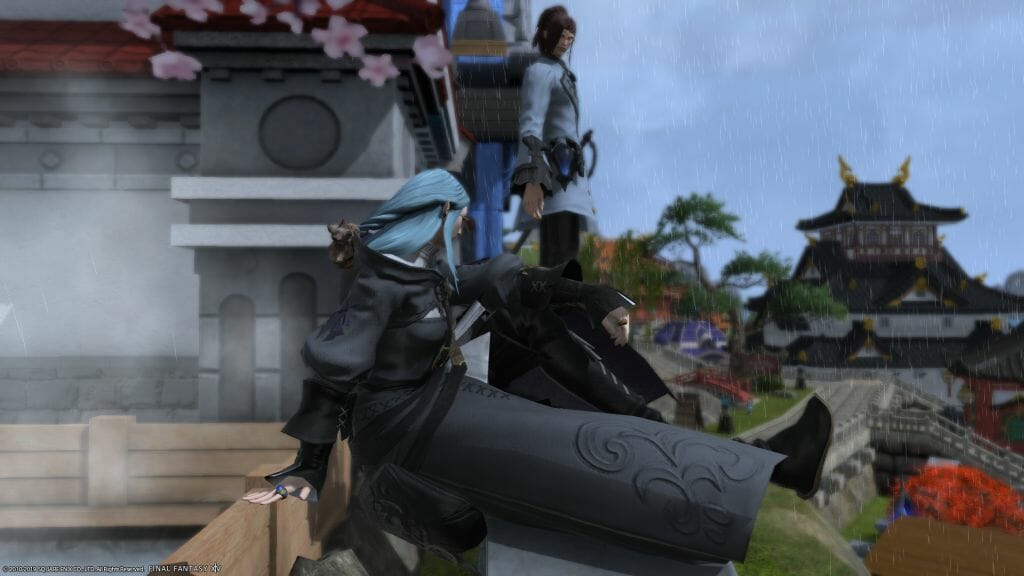 I am finally starting to realize mon raison d’etre. At dawn, I embarked for Aleport, where word of pirates has spread among the people. I spoke with the guards and the many who lived in this charming port de mer, hoping to learn what threats waited just beyond the gates. Time and time again, I was told that it was pirates, allied with the Sahagins, who patrol the seas of Limsa Lominsa.

Mon dieu! Before I was to set out, though, the Yellow Jackets demanded that I meet with the guild of adventurers. Sastasha was deep and dangerous… and I was not to be travelling alone. Imagine mon choc, when I saw Monsieur Lucien waiting for me! He was no stranger to the Seagrot, and received word that I was to venture into its depths. He did not want me to venture in without a guide, and insisted on coming for une aventure. 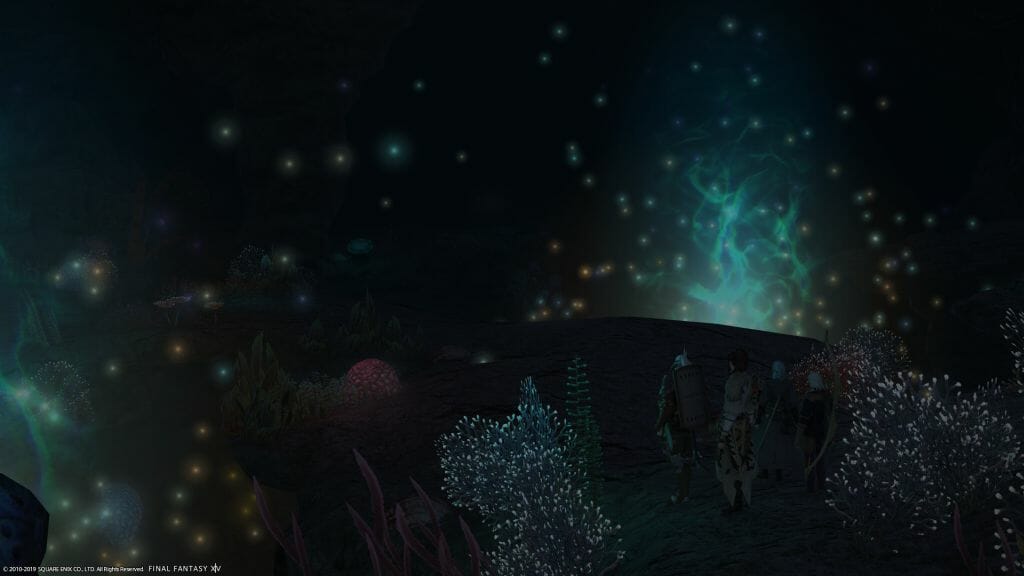 The two of us met with two other guerriers courageux at the Seagrot’s entrance, as we ventured forth. Wave upon wave of monstres descended upon us, but they proved no match for our Paladin’s blade, our archer’s arrows, or Lucien’s and mon sorts magiques. Chopper the coeurl and Monsieur Captain Madison fought valiantly, but victory proved to be ours. It was not long before we found ourselves in the lair of the fearsome Denn the Orcatoothed.

The Sahagin warrior proved to be a brutal fighter, whose claws could cut through steel and whose jaws could crunch through solid bone. He was a fierce combatant, and a dirty fighter. He tried to gain l’avantage by summoning wave upon wave of minions on our group.

The battle raged for what felt like hours. Steel clashed against claws, and flames seared flesh. Ultimately, la victoire était la nôtre! The foe breathed his last, before departing this world forever.

To celebrate notre succès, Monsieur Lucien invited me to the Gillionway Trading Company’s headquarters. We traveled to a far-off land, far from Limsa Lominsa, to explore la grande salle. Words cannot describe the opulence I beheld. 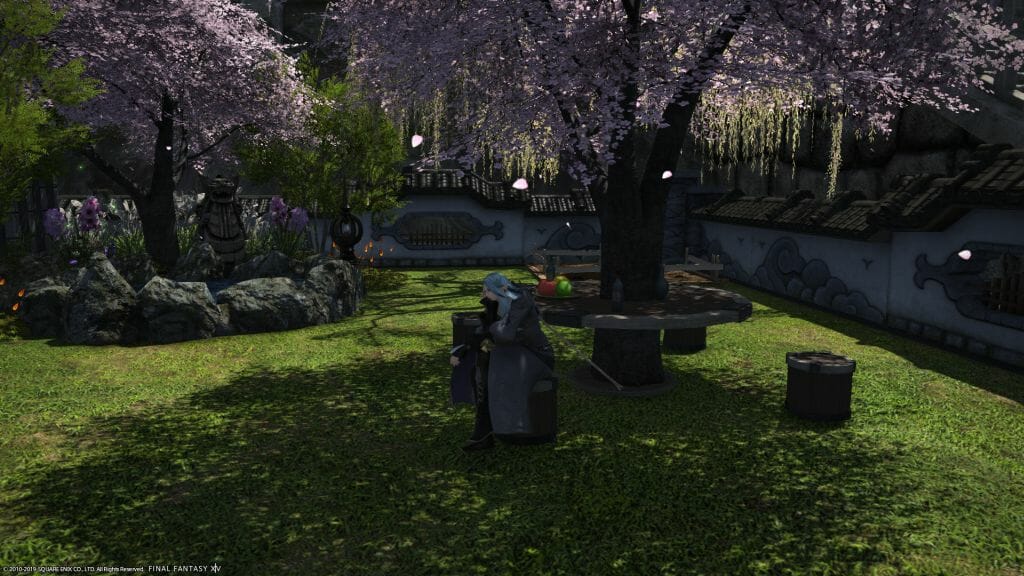 What really captured me, though, was the view from the back. 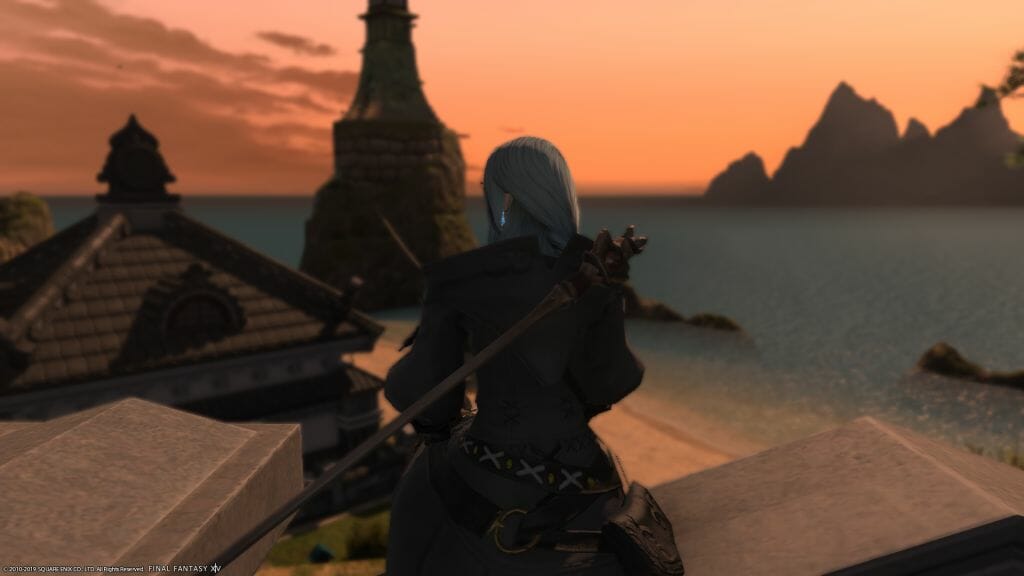 Sadly, our ways needed to part once more. I needed to return to Limsa Lominsa to report, and Monsieur Lucien had exploits of his own to attend to. I took the next ferry to the city, where I reported to The Drowning Wench. Monsieur Baderon was most impressed, and asked that I report to Gridania immediately. I smiled and said au revoir, before taking the next airship to ma patrie.

Mother Miounne waited with open arms, eager to see that I had taken the job. She informed me that evil was afoot in the Tam-Tara Deepcroft, and that I would not be able to complete le travail alone. I was to meet my team at the entrance. 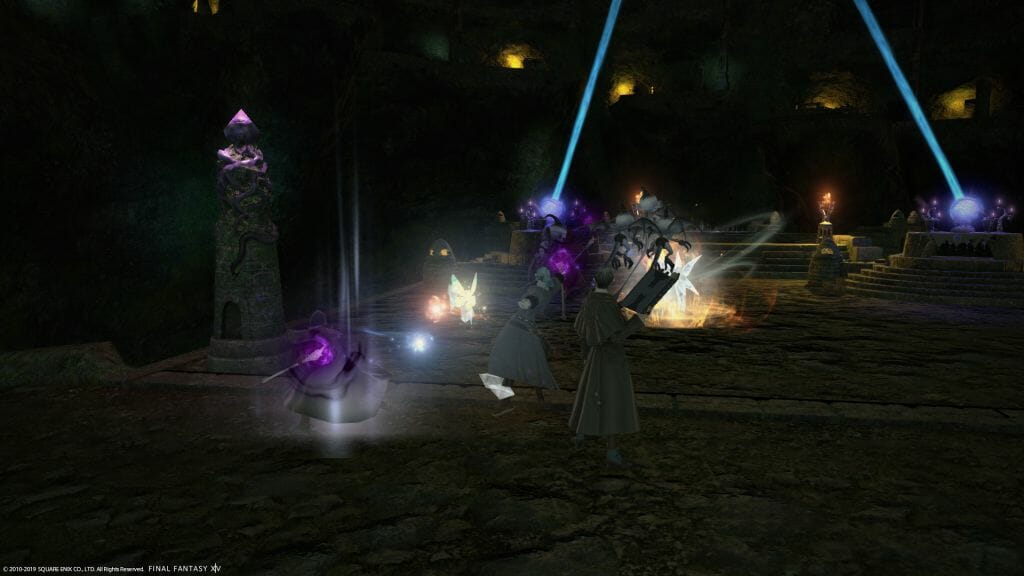 Shortly after my arrival, the team arrived. Another Thaumaturge, a Conjurer, and a Paladin, all of whom were ready to heft the mantle of the hero once more. We ventured in bravely, battling through wave upon wave of insect and beast, before we found them: the Lambs of Dalamud , who were summoning a great demon from beyond. One by one, they fell, and their orbs of summoning were destroyed. As the last one fell, un monstre géant appeared, summoned forth by the dark magics of the Lambs of Dalamud. 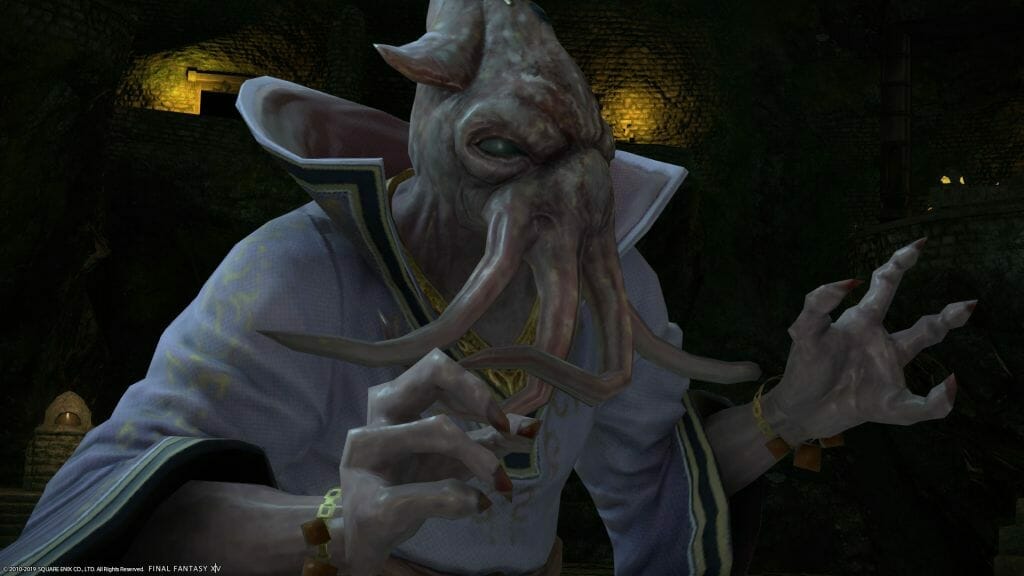 It was a mighty battle, which raged as spells flew, and blade clashed. The beast battled bravely, with his own magics that could tear worlds apart. As the sun rose upon Gridania, though, he breathed his last as he fell in defeat. C’était un matin pour célébrer. 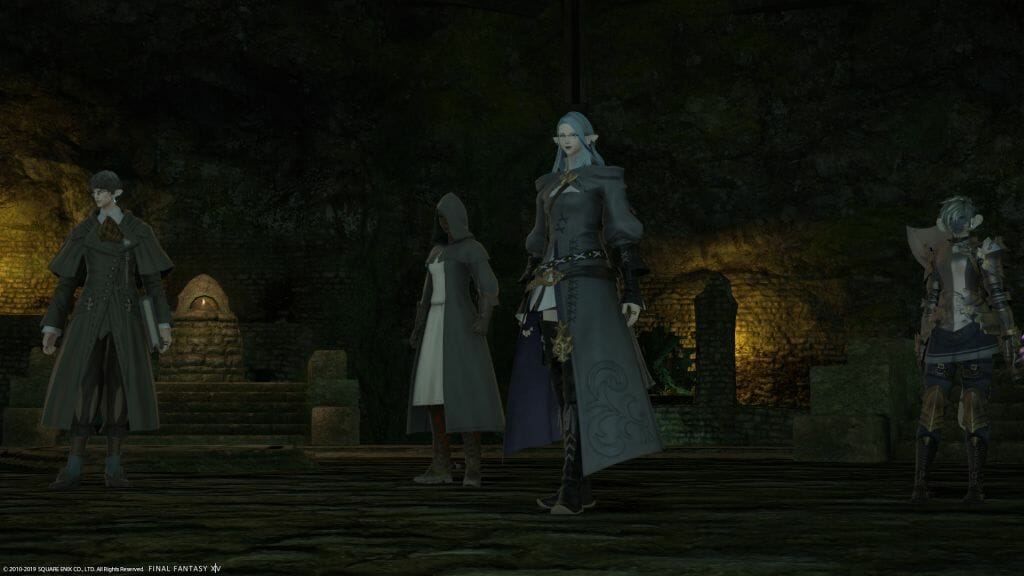 Upon returning to Mother Miounne, I was given a great thanks, but my work was not over yet. She wanted nothing more than to catch up with some tea, but I was to report to Ul’dah, at once. Madame Momodi had un travail d’une grande importance that needed to be handled by skilled warriors. I said my farewell and hurried to Ul’dah. Before Madame Momodi would even entertain work, though, she demanded I rest… it had been a long two days, and “all you will find in your shape is an early grave,” so she said, before shooing me to a room.

When we speak once more, I will have une autre aventure to discuss. For now, though… sleep sounds lovely.

As you can imagine, much of the gaming time over the past couple of days was taken up by two things:

For many, the dungeons have kind of dangled in wait for what feels like an eternity; the first locations are clearly visible along the early main story paths. Indeed, early side quests on the Thanalan and Gridanian paths have quests that run right up to the entrance of the Copperbell Mines and Tam-Tara Deepcroft. That the game waits for a whole forty hours to even think about sending players in, and that’s after an (admittedly optional) tutorial window, shows impressive restraint.

The dungeons themselves, to be honest, they’re not bad. So long as you have a good party, you’ll be able to have a good time slaying monsters and fighting baddies.

One thing I would recommend to all new casters, though: set up Limit Break. This is a super-powerful attack that isn’t mapped to a hotbar by default. Toss it onto your secondary bar, because it will make the boss fights much easier.

But, for the most part, these three quests seem to be following a pattern that’s been set: familiarize the player with one location, then another, then another, building on your knowledge each time. I’m curious to see how this will ultimately build up, personally, as it’s clear that the game’s getting close to the end of the current story arc. 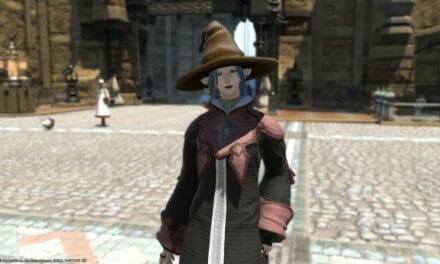 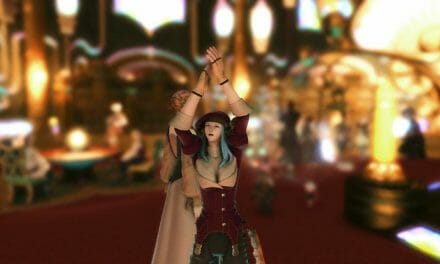 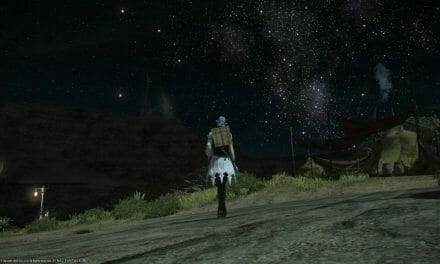 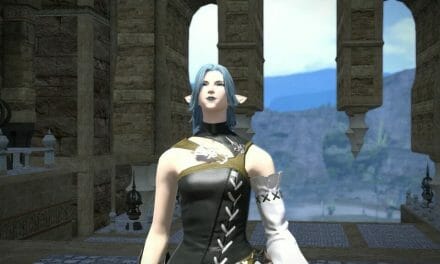