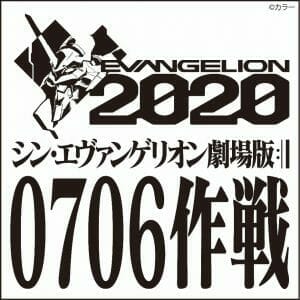 Earlier today, Toei announced that they will give the first ten minutes of Shin Evangelion Gekijō-ban :|| (Rebuild of Evangelion :||) a theatrical run. The feature, titled Shin Evangelion Gekijōban AVANT 1 (Beginning 10 Minutes 40 Seconds 00 Frame) 0706 Version, will be the film’s introductory sequence, which will cover up until the title card.

The film will be shown during the following events on July 6:

The film will also be shown at various regions across Japan, as well as in venues in Shanghai, China.

Toei also revealed that they will reveal a mobile companion all for the feature. The app, named “EVA-EXTRA”, will feature information about works in the Evangelion franchise, as well as details on the Shin Evangelion Gekijōban AVANT 1 (Beginning 10 Minutes 40 Seconds 00 Frame) 0706 Version feature.

Shin Evangelion Gekijō-ban :|| is slated to hit Japanese theaters in 2020. Hideaki Anno is directing the feature, which is being produced by Khara.

Dialogue recording for the feature began in March.

Netflix began streaming 1996 anime Neon Genesis Evangelion, as well as feature films Evangelion: Death(True)2 and End of Evangelion, on June 21. The series featured an all-new English dub, as well as a rewritten subtitle and dub scripts.