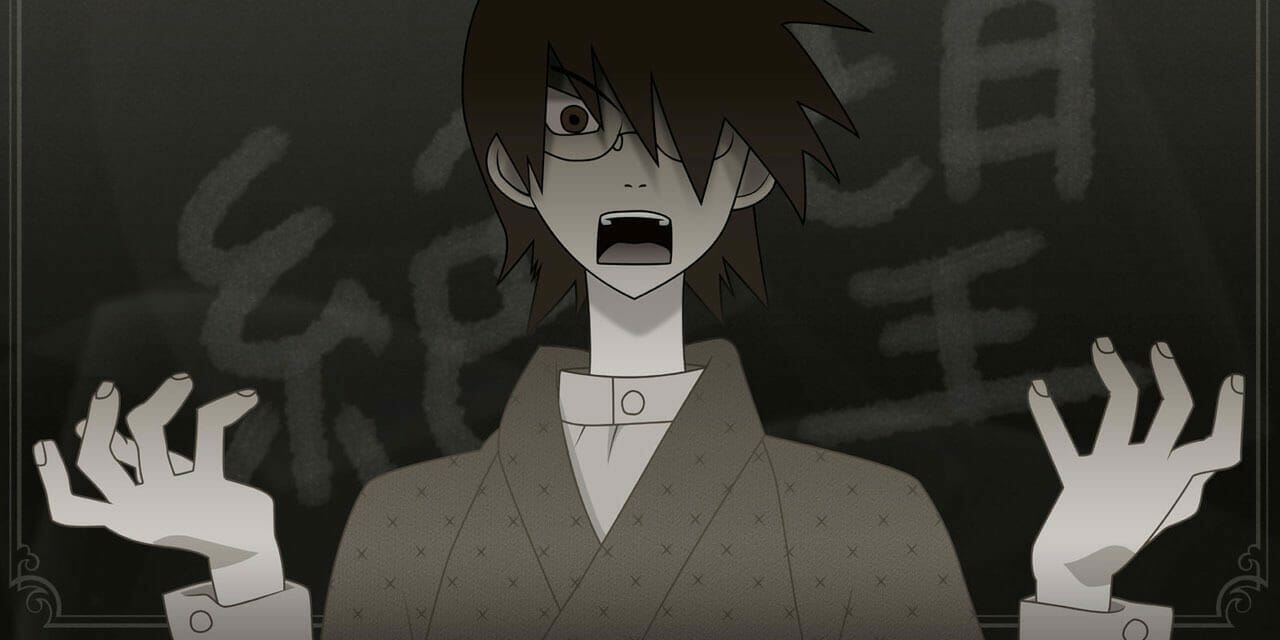 Earlier today, Right Stuf hosted their industry panel at Anime Expo 2019. During the panel, the publisher announced that they acquired five titles:

In addition, the publisher revealed that they will release Boogiepop Phantom, El-Hazard: The Wanderers, and Mobile Suit Gundam 0080: War In The Pocket on Blu-Ray. 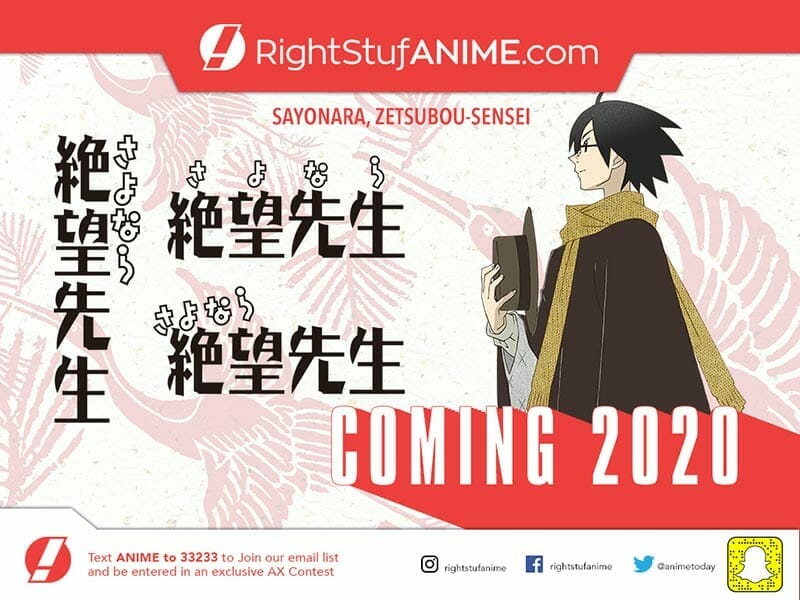 Right Stuf will release Sayonara, Zetsubou-Sensei on Blu-Ray in 2020.

Nozomu Itoshiki is a high school teacher so pessimistic that even the smallest of misfortunes can send him into a pit of raging despair; some of these “catastrophes” even lead to suicide attempts. Sayonara Zetsubou Sensei is a satirical slice-of-life comedy set in the modern day, covering various aspects of Japanese life and culture through Nozomu and his interactions with his students: Kiri Komori, a recluse who refuses to leave the school; Abiru Kobushi, an enigma who frequently arrives to class with severe and mysterious injuries; the hyper-optimistic Kafuuka Fuura, Nozomu’s polar opposite; and several other unusual girls, all of whom are just as eccentric as their teacher. 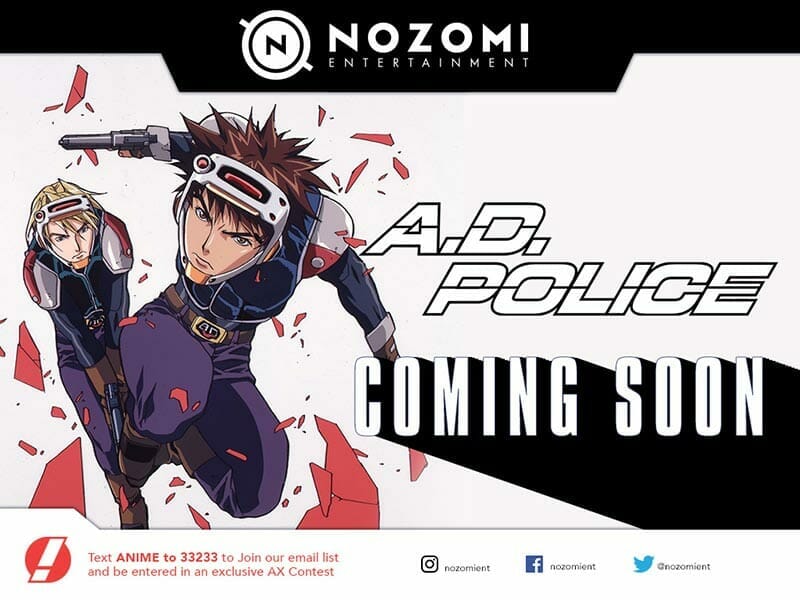 Right Stuf will release A.D. Police on Blu-Ray, with their release including both the dubbed and subtitled versions of the show.

Set a few years before Bubblegum Crisis Tokyo 2040, A.D. Police chronicles the tales of Mega-Tokyo’s special police division designed to control rogue Boomers in the city. A.D. Police Officer Kenji Sasaki faces a major dilemma: he loses another partner to a rabid boomer. A day after he’s sent off-duty, he receives a new partner in the form of German cop Hans Kleif. Funny thing is that Kenji sucker-punched Hans at a bar the night before. Not only does Kenji face the everyday task of controlling Boomers, he has to learn to adjust with his new partner. 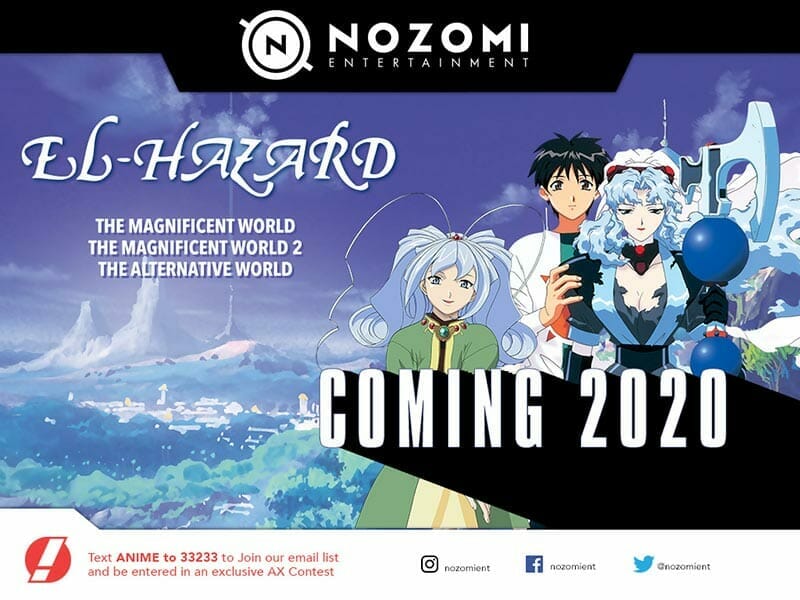 Right Stuf will release El-Hazard: The Magnificent World on Blu-Ray in 2020, with their release including both the dubbed and subtitled versions of the show.

When Makoto Mizuhara discovers an old monument in his school and awakens a beautiful woman he, his teacher, his worst enemy and one of his female friends is transported to the magnificent world of El Hazard. There they discovers that they have received special powers. Makoto and his teacher Fujisawa land in a jungle and save a princess from very large bugs. Makoto’s friend Nanami lands in a desert. And Makoto’s rival, Jinnai, lands in the middle of the bug’s kingdom and becomes their general, plotting to destroy Makoto and his new friends. After having his attacks repelled by Makoto several times, Jinnai learns about an ultimate weapon, the demon Ifurita. Everyone sets out to find it, and when they do Makoto learns that she is the same woman that sent them to El Hazard. But the one gaining control of her is Jinnai.

Right Stuf will release El-Hazard: The Magnificent World 2 on Blu-Ray in 2020, with their release including both the dubbed and subtitled versions of the show.

Continuing the from OVAs; When Fujisawa, suffering from cold feet, leaves Miz at the altar, an enraged Priestess drafts Makoto and friends to go find him. In the couse of locating the hapless (and gutless) teacher, they find another Ifurita. Meanwhile Jinnai and Diva searching for a new Bugrom homeland stumble upon another yet another Demon God, the impish Kalia. However, unlike Ifurita she has a mind, and a mission, of her own…

Right Stuf will release El-Hazard: The Alternative World on Blu-Ray in 2020, with their release including both the dubbed and subtitled versions of the show.

Miz plans to retire as a Great Priestess of Water to married life with her darling Fujisawa and as replacement the young Qawoor Towles arrives to Floristica. Jinnai sees Qawoor’s initiation ceremony as a chance to infiltrate Makoto’s laboratory but accidentally activates a mysterious thingy that sends them all through the dimensions to a grey industrial city protected by a huge castle in an alternative world.