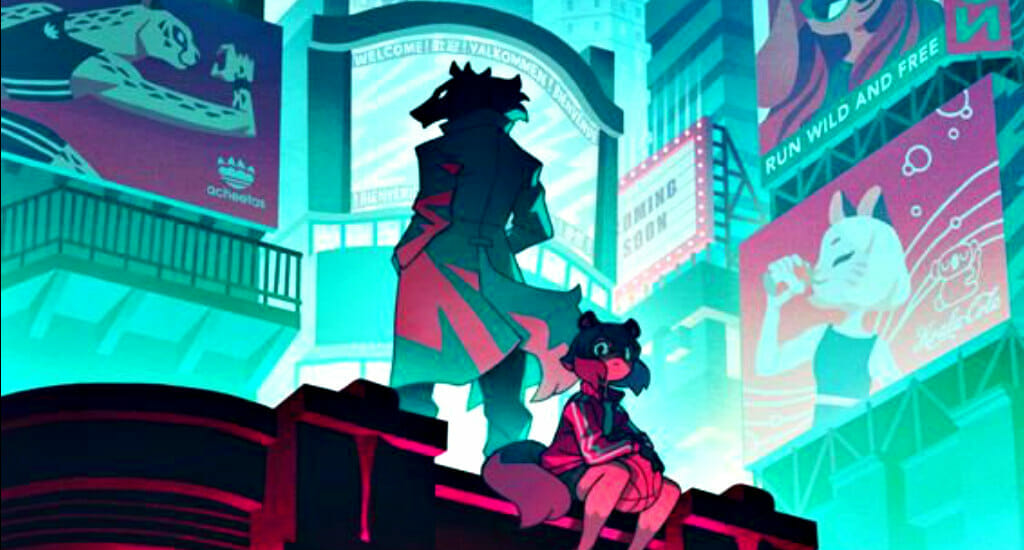 On July 5, Trigger opened an official website to announce that they’re working on a new original anime project, titled Brand New Animal. The first visual and staffers were revealed for the project, the details of which we break down below.

A wolf in a trench coat and a squirrel in a track suit pose on a building in a city. The two are surrounded by glimmering neon adverts for products like “Acheetas” athletic gear and “Koala Cola.” 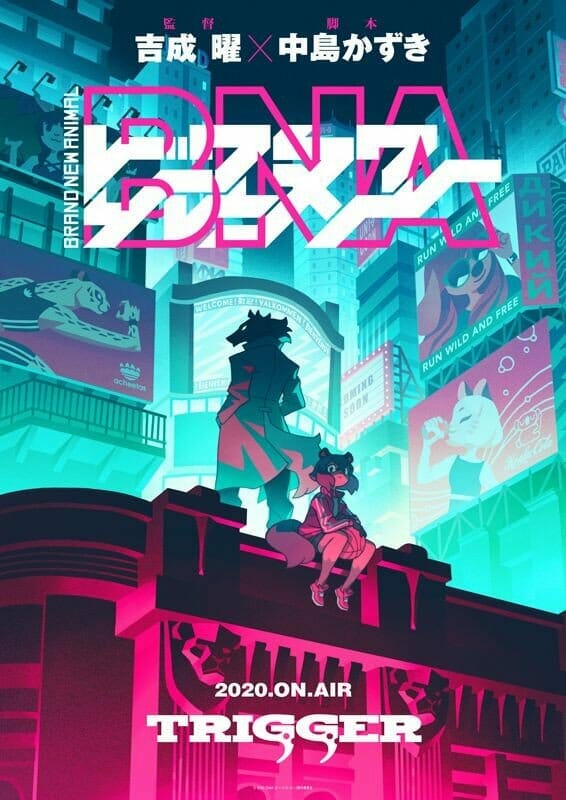