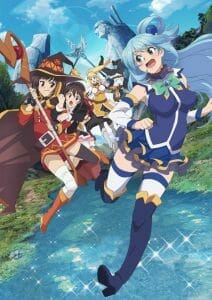 A second KonoSuba anime project was announced in July 2017, when Jun Fukushima and Rie Takahashi announced that the project was greenlit for production.