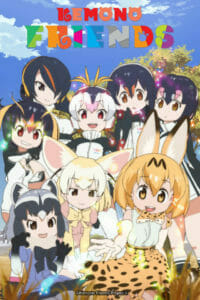 Earlier today, Discotek Media hosted their industry panel at Otakon. During the event, the publisher announced the English dub cast for Kemono Friends. The series will star the following:

The publisher will work with Sound Cadence Studios to produce the adaptation. Marissa Lenti will direct the dub and write the scripts. Discotek started streaming an English trailer for the feature, which you can check out below.

Last but certainly not least, here's our full trailer for the dub of Kemono Friends. Look forward to it– it comes out in September 2019!! pic.twitter.com/1YzfjfWXdd

The publisher also streamed two clips from the dub. one features Triple-P’s song, as performed by the English cast, while the other introduces the major cast members.

That does it for new title announcements. Now, we'll talk about the new dubs we've done with @SoundCadence. First off: let's meet the main cast of Kemono Friends in this adorable video clip!! pic.twitter.com/RB5ZukCLm0

DID YOU KNOW: that Triple-P's song was dubbed in English, too?? It's true! Check it out! pic.twitter.com/r2MZYTNsDr

Kemono Friends will be released on Blu-Ray on September 24. Planned extras on the release include “Friend Bios, Bloopers, Behind-the-Scenes Video, [and] Commentary Tracks”, among others.

The Kemono Friends anime, which aired in Winter 2017, is based on said smartphone game. TATSUKI directed the show at Yaoyorozu, with Shigenori Tanabe (Danchi Tomoo) writing and overseeing the show’s scripts. Sgt. Frog creator Mine Yoshizaki is credited with the original character concept designs.