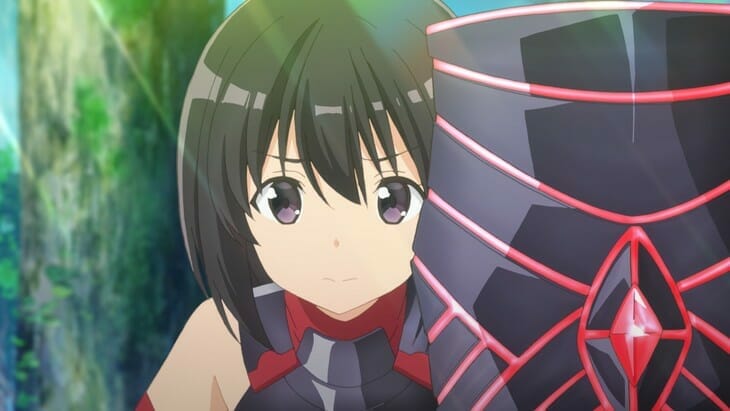 Earlier today, an official website opened its doors to announce that Yuumikan and illustrator Koin’s Itai no wa Iya nano de Bōgyoryoku ni Kyokufuri Shitai to Omoimasu. (All points are divided to VIT because a painful one isn’t liked.) will get an anime TV series. The site includes a teaser trailer and visual, as well as the first cast and crew members attached to the project.

The two-minute teaser focuses on Maple, both in her daily life, and in her life as a warrior wielding her invincible shield.

The image features Maple peeking out from behind her shield. 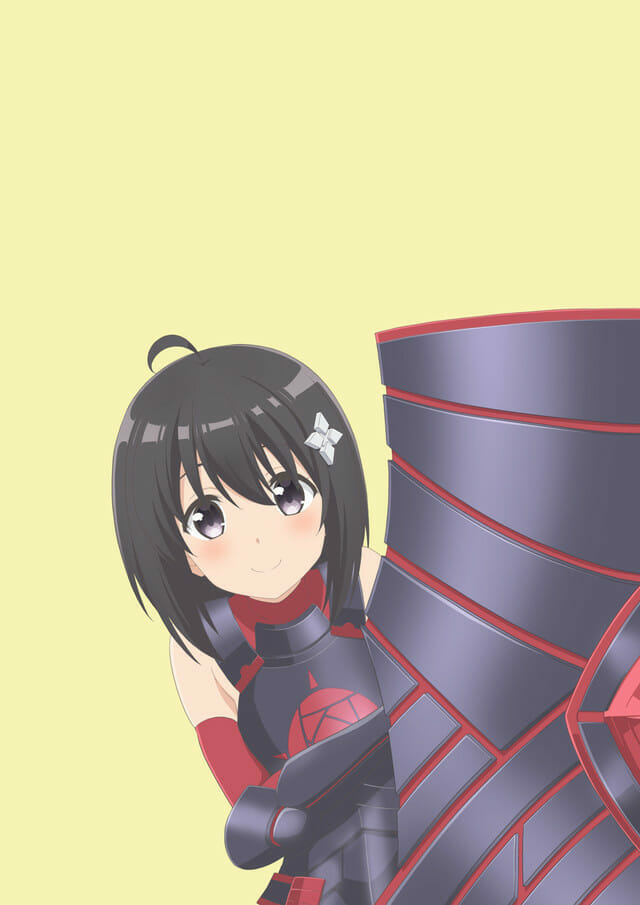 In addition to his work as a character designer, Kazuya Hirata will serve a chief animation director.

Kaede Hondo will play the lead role as Maple.

Yuumikan’s Itai no wa Iya nano de Bōgyoryoku ni Kyokufuri Shitai to Omoimasu. novels launched on the Shōsetsuka ni Narō website in 2016. Kadokawa picked up the rights to the title, and releases it in print, with illustrations by Koin. The series currently spans six compiled volumes, with the most recent book hitting stores on April 10.

The series received a manga adapatation by Jiro Oimoto, which launched in Comp Ace magazine in May 2018. Manga resource Baka-Updates describes the title as:

Honjou Kaede was invited by her friend, Shiromine Risa to play a VRMMO.

I don’t hate games, but painful things are a little…..no, I hate it very, very much.

Eh!…the pain would be reduced if I placed stats on defense power?

Then, the only place where I can place it, is there right? right?

Solidify it into defense powers very hard, Here I come!