The two-and-a-half minute promo introduces the major cast members, with a special segment dedicated to the newest players.

Two visuals were revealed, which feature the entire character lineup. The first features the cast in their military uniform, the other highlights them in their idol outfits. 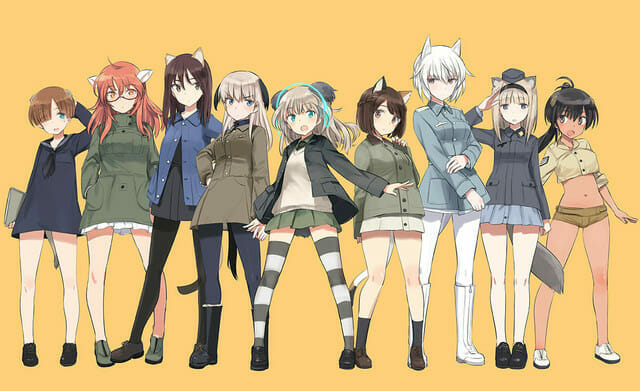 Shouji Saeki (Wish Upon the Pleiades, Mahoromatic: Summer Special) will take the director’s chair, and handling series composition for the project, while Kadokawa produces the music.

Renmei Kūgun Kōkū Mahō Ongaku-tai Luminous Witches will hit Japanese TV in 2021. The series will revolve around the titular Luminous Witches, a group within the military who doesn’t protect humanity on the front lines. Instead, they protect the smiles those who have been driven out of their homes by the Neuroi with the power of song and dance.