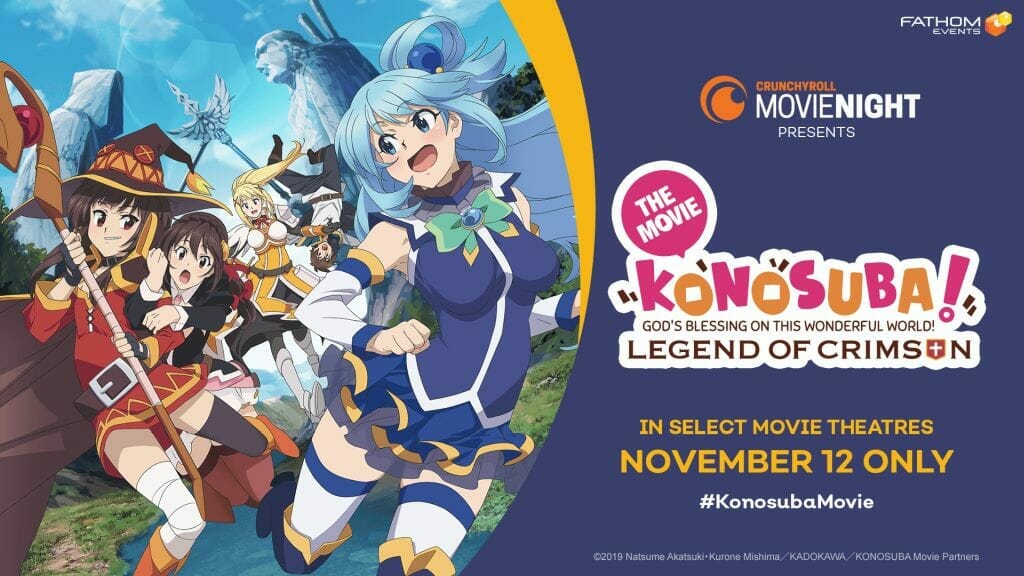 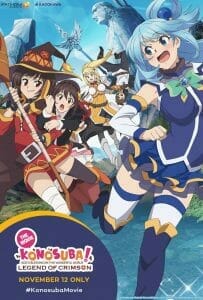 On October 4, Crunchyroll announced that they will add a second night for their upcoming theatrical run for Konosuba -God’s blessing on this wonderful world!- Legend of Crimson. The film will screen in more than 600 theaters across the United States on November 12 and 14, as part of the publisher’s Crunchyroll Movie Night initiative.

Previously, the film was announced for a November 12 showing. The November 14 screening is an encore presentation, which was added due to customer demand.

The screening will also feature an exclusive interview with voice actors Jun Fukushima and Rie Takahashi. Tickets are on sale via Fathom Events’ website.

The film will stars the following:

“I want to have your babies, Kazuma!” This unexpected confession from Yunyun, a girl from Megumin’s hometown of Crimson Demon village, triggers a series of events that has the party facing their greatest threat yet. Hilarity and adventure awaits in “KONOSUBA Legend of Crimson”!