On November 16, J-Novel Club announced that they will launch a new publishing imprint named “Legend”. The label will be dedicated to titles published by Kodansha. In addition, J-Novel Club revealed five titles that they acquired, which will launch with the Legend label:

The Economics of Prophecy 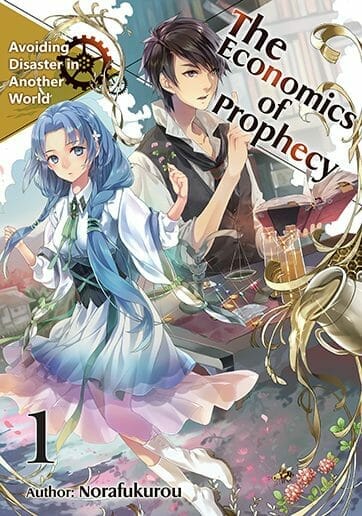 Kodansha launched The Economics of Prophecy on November 7, 2018. The series currently spans two compiled volumes, with the latest hitting stores on April 7.

The Oracle Princess Alfina suddenly announces an ominous prophecy to the people of the Kingdom of Crownheight. However, shunned as she is for being a descendant of rebel blood, her words are heeded by no one.

On the other hand, Ricardo, the adopted heir of a peddler, who also happens to be an economics department graduate reincarnated into this world, attends the Royal Academy to study as a merchant.

During an argument with a much more affluent merchant, the one to stick up for him is none other than Alfina.

As the distance between them rapidly closes, Ricardo makes full use of his modern knowledge of science, mathematics and economics to stand against the unknown disaster of prophecy! 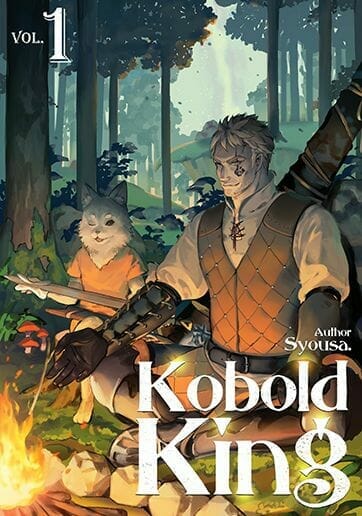 Gaius Balderus has led a storied life. From humble beginnings, he made a name for himself as fearsome warrior, a renowned general, adviser to kings and paramour to princesses. Gaius’s very presence commands respect and fear, so much so that everyone is too afraid of him to allow him to reveal his softer side.

Gaius gives up everything and finds a chance to start again on the frontier of human civilization, where humans and monsters alike scrabble for existence in a hostile forest. When he runs into a tribe of kobolds, small furry creatures who are fleeing from human aggression, they immediately distrust him and everything about him. Can this gentle giant of a man come to peace with his past and win the friendship of the adorable kobolds? 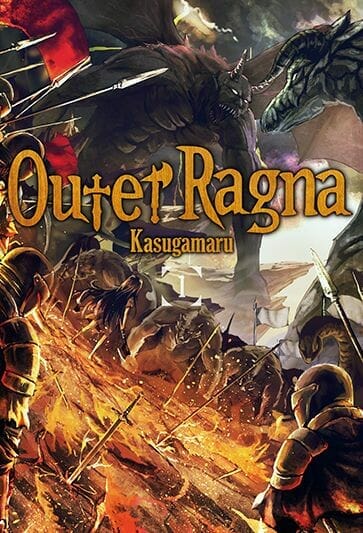 Outer Ragna launched on November 7, 2018 under Kodansha’s main imprint. The series spans two volumes to date, with the latest hitting stores on March 7.

PotatoStarch, a live streamer who’s gaining popularity for his excitable attitude and witty banter, has begun streaming Dragon Demon RPG-DX, a game with a cult following known for its extreme difficulty and unreasonable systems. Only masochists would play it.

Meanwhile, in the world of the game, a fierce war between humans, elves, and vampires is reaching its bloody peak. The humans, lacking in magic, were forced into a defensive battle—until a savior appeared. Wielding a battleaxe, a young girl named Kuroi stepped forth to oppose both enemy armies. Her heroic efforts earned her the names “Dragonslayer” and “Killer of Demons.” Thanks to Kuroi, a girl “loved by God,” humans counter-attack.

PotatoStarch is just a video game player. He dives into this world hoping to forget the tiring real world. But through an unexpected series of events, he ends up almost “possessing” Kuroi. As he reaches the game’s climax, Kuroi discovers a mysterious power and PotatoStarch’s fate is changed forever. 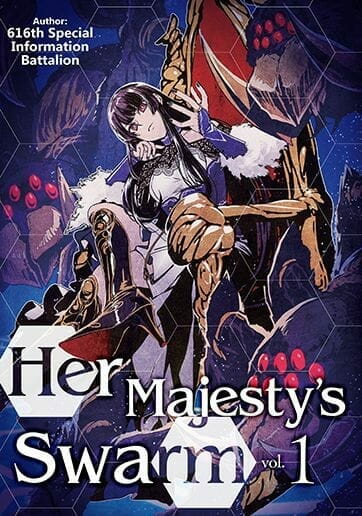 Her Majesty’s Swarm debuted on October 7, 2018 under Kodansha’s main imprint. The series currently spans three volumes, with the latest shipping on October 6.

Our protagonist is a college student who enjoys playing as the evil-aligned faction Arachnea in her favorite real-time strategy game. One day, she finds herself in a world like the one in the game; additionally, her body is now that of a fourteen-year-old girl. While things are a bit different from how they were in the game, one element has remained the same: she is the leader of the Arachnea. The insects under her control, collectively known as the Swarm, praise her and implore her to lead them to victory.

In order to survive, she raises her Swarm and forms friendly relations with the elves of the neighboring forest. But after a slaver traveling through the forest murders one of her Swarm and the nearby kingdom’s knights burn down the elven village and massacre its people, she prepares to launch her counterattacks in the name of revenge.

However, revenge is merely a pretense for attacking the countries of this world. Her command is masterful and severe, as one who has played the game in real life… 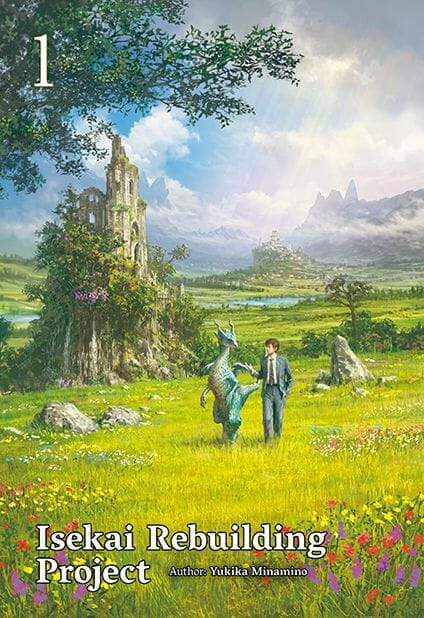 Isekai Rebuilding Project launched on March 7, under Kodansha’s main imprint. The series spans two volumes to date, with the latest shipping to stores on August 7.

Have you ever wondered what happens after peace is restored in a fantasy world? What happens beyond the final page of an Isekai light novel? Eiji, a thirty-year-old Japanese city clerk with a thoroughly average life and a fiancée, had not. He too answers a call to be transported to a fantasy world, but not as a hero. This fantasy world, having already been saved by a hero, was about to collapse for another reason entirely… thanks to that hero, who was also summoned from Japan. Eiji is tasked with restoring the fantasy world to its authentic form: how it was before it was infected with the technology, ideology, and societal concepts of modern-day Japan. 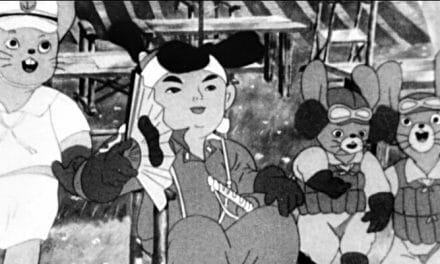